While there was no updates from the National Weather Service in Buffalo on what happened — significant damage was noted through photos around parts of the Route 332 corridor. Some local meteorologists did not rule out a microburst.

Trees were uprooted, fences were blown over, and large non-permanent structures in residents’ yards were tipped.

A central air conditioning unit, which was setup on the ground along a home – was tipped over due to the force of the wind.

A large swing set and backyard playground was also tipped over due to the wind. 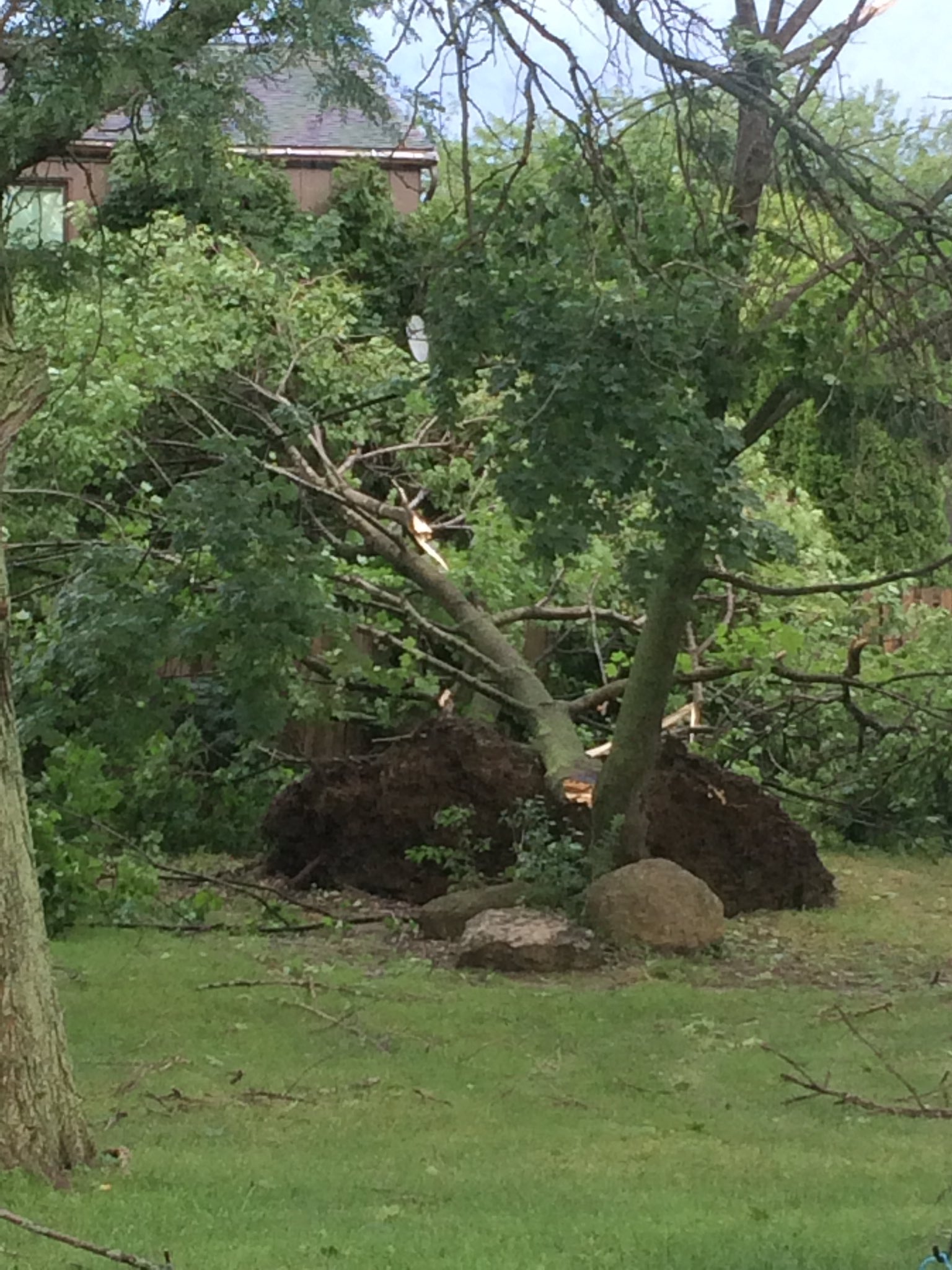