Home » Sports » The Northeast Corner of the NBA

The Northeast Corner of the NBA

This is one of the best and most competitive seasons in the NBA in recent years. There are no weak teams in the top seven of the Eastern or Western Conference. While some teams are essentially calling the season over, most are fighting for the last few playoff positions, or to improve their seed. The Northeastern teams of the NBA are looking good going into the last weeks of the standard season with the returning champs, the Toronto Raptors, in top form and the Boston Celtics nipping at their heels in third place just behind them. Let’s take a focused look at the Northeast and review the progress of these teams this season. 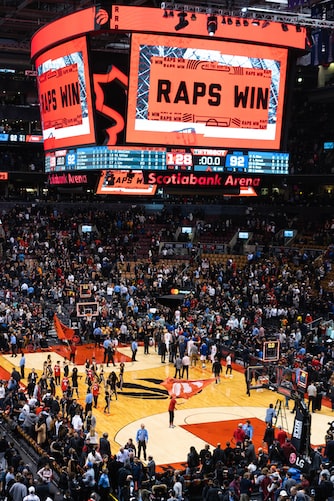 The Raptors are absolutely on fire this year, as expected from the defending champions. Players Kyle Lowry and Fred VanVleet have been exceptional, but one of the biggest stories of the year is the standout power forward Pascal Siakam who has surpassed anyone’s expectations. In addition to that, undrafted rookie Terence Davis has been a huge asset to the team, adding to the growing list of overlooked talent that has come to Toronto and bloomed.

While the Raptors have been playing to the best of their ability and racking up wins, that doesn’t mean they can relax anytime soon. The competition is getting fiercer by the day in the playoff picture. The Toronto Raptors and Boston Celtics are fighting neck and neck in the Eastern Conference with the Raptors currently holding the second place position, and the Celtics at their heels in third place. These two teams will be in fierce competition with each other the entire season, and well into the playoffs. With fans around the world watching the 2019 champs, it’s time for the Raptors to show they can do it again this year.

As far as anyone is concerned, the season for the Knicks is over. This would be the seventh year straight with no playoff run for the Knicks. From here, it’s important that the Knicks finish up this year strong, and leave off on a good note. The Knicks have had some good games recently, like their 125-115 win over the Chicago Bulls in Madison Square Garden. This game showed a solid glimpse of the potential the Knicks have, especially with so many strong power forwards signed recently. There has even been a growing conversation about bringing star player Carmelo Anthony back to the Knicks, which would be an incredible spark that could ignite this team come next season. Overall, the Knicks have some rebuilding to do, and hopefully they make the most of what’s left in this season to start some younger players, and try out new strategies. The Nets are a team with big dreams and everything they need to fulfill them. This season has been a disappointing, injury ridden affair so far, but luckily there is still hope left to capture the seventh seed in the Eastern Conference and make it to the playoffs. To do so, the Nets need to step up, and fast. Coming off a couple of hard losses, especially an “embarrassing” failure in Atlanta, means momentum is possibly waning. This is the last thing the Nets need right now with the Orlando Magic threatening to permanently dislodge them from seventh place. With Kyrie Irving and Kevin Durant out with injuries, players like Jarret Allen and Taurean Prince need to rally the team and get back in the win column, or the playoff hopes for this team will soon fizzle out.

The Celtics have been on a tear in the Eastern Conference this year, and frankly, the team has everything they need to be champions if they can rise to that level. With Gordon Hayward, Kemba Walker, and Jaylen Brown all playing their hearts out, the Celtics are firmly in the playoffs and have the potential to be a dark horse underdog amongst a stacked playoff bracket. The fight for second place in the Eastern Conference continues on with the Celtics trailing just a game behind the Raptors.

This is the time when the Celtics need to get in their groove and start stacking wins up if they want to steal 2nd place from the Raptors and get a better playoff position. Recently coming off a heartbreaking overtime loss versus the Houston Rockets, the momentum could easily start slipping from the Celtics in this crucial time. It’s important that the Celtics finish the season strong and push hard in the playoffs.