Victor advances to state hockey semifinals with win over Syracuse

Moments after the Victor Blue Devils completed a 4-0 whitewash of Syracuse to earn a berth in the Division 1 hockey final four, Darius Rucker’s country hit Wagon Wheel blared in the dressing room.

Truth be told, Tim McGraw’s Humble And Kind would have been more fitting, considering senior forward Jack McCandless was the hero for the Blue Devils. 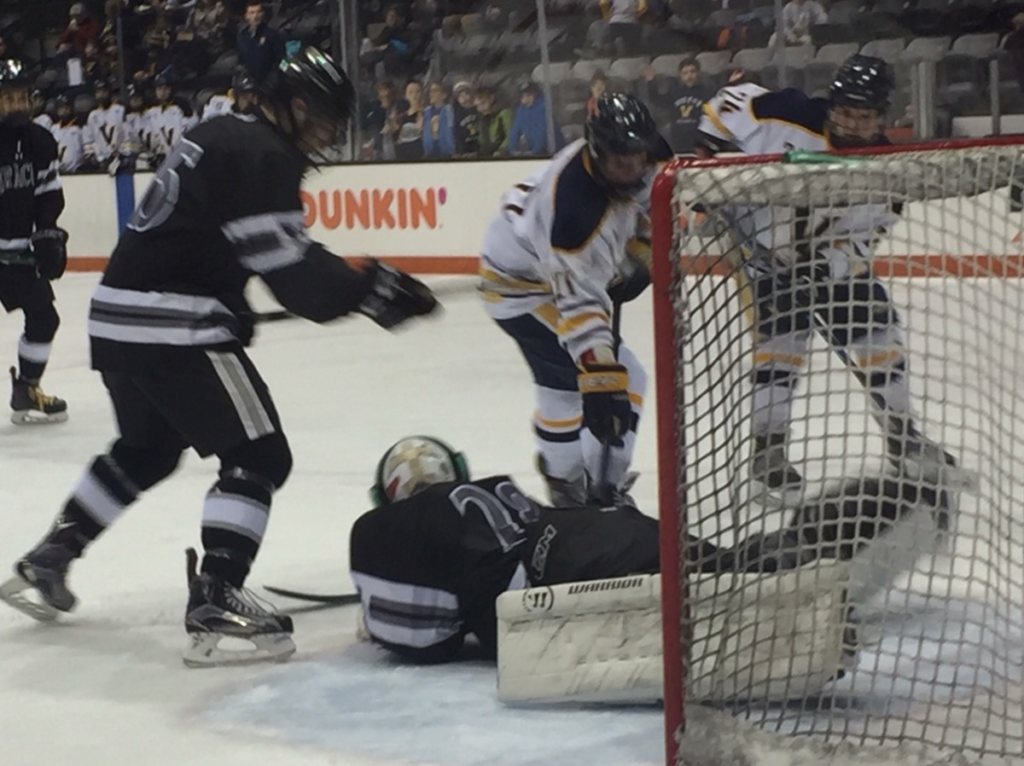 “My teammates were battling and working hard,” McCandless said, “and it was nice to see the puck go in after all their hard work.”

Your Victor Blue Devils are moving on to the State Semifinals in Buffalo? final score 4-0 pic.twitter.com/yjBbYPO5PE