On Thursday there was an update on the government side of things, as it pertained to the demolition of several properties owned by the Cayuga Nation along State Route 89.

That news was that demolition could continue forward.

Seneca County Chairman of the Board of Supervisors Robert Hayssen announces that Seneca County has issued Building Permits to the Cayuga Nation of New York to resume demolition activities and cleanup at 2552 NYS Route 89 and 3149 Garden Street Extension,” a press release read.

Both of those properties are on the west side of State Route 89.

The statement issued on Thursday added:

“The County Code Enforcement Department had issued Stop Work Orders on Monday, February 24, 2020 ordering all activities related to building demolitions to cease until all requisite permit requirements were met, including that all property taxes are current on the two parcels. The Stop Work Orders have been lifted for these two properties.”

The County says activities will be closely monitored to ensure compliance with the terms of the issued permits.

While those ‘stop work orders’ were taken down, another investigation remains active. This one by federal prosecutors.

“The United States Attorney’s Office for the Western District of New York shares the public’s concerns regarding the impact that this internal dispute within the Cayuga Nation of Indians has on the public safety of all members of our community,” a statement read. Prosecutors are going through the process of collecting ‘information’ regarding the pre-dawn raid that took place on February 22nd.

“We are engaged in ongoing discussions with Department of Interior, Bureau of Indian Affairs (BIA), regarding both the circumstances giving rise to the incident, the incident itself, and potential responses,” the statement continued. “In addition, we have requested the assistance of both BIA as well as DOJ’s Community Relations Service (CRS) in the dispute. Across the Department of Justice, our paramount objective is the preservation of public safety. We will continue to work with our federal, state, and local partners in pursuit of that goal, as we do all that we can to ensure that all involved exhibit respect not only for applicable law—but for one another as well.”

The Cayuga Nation Chiefs of the Haudenosaunee Confederacy will hold a press conference at 10 a.m. on Saturday. 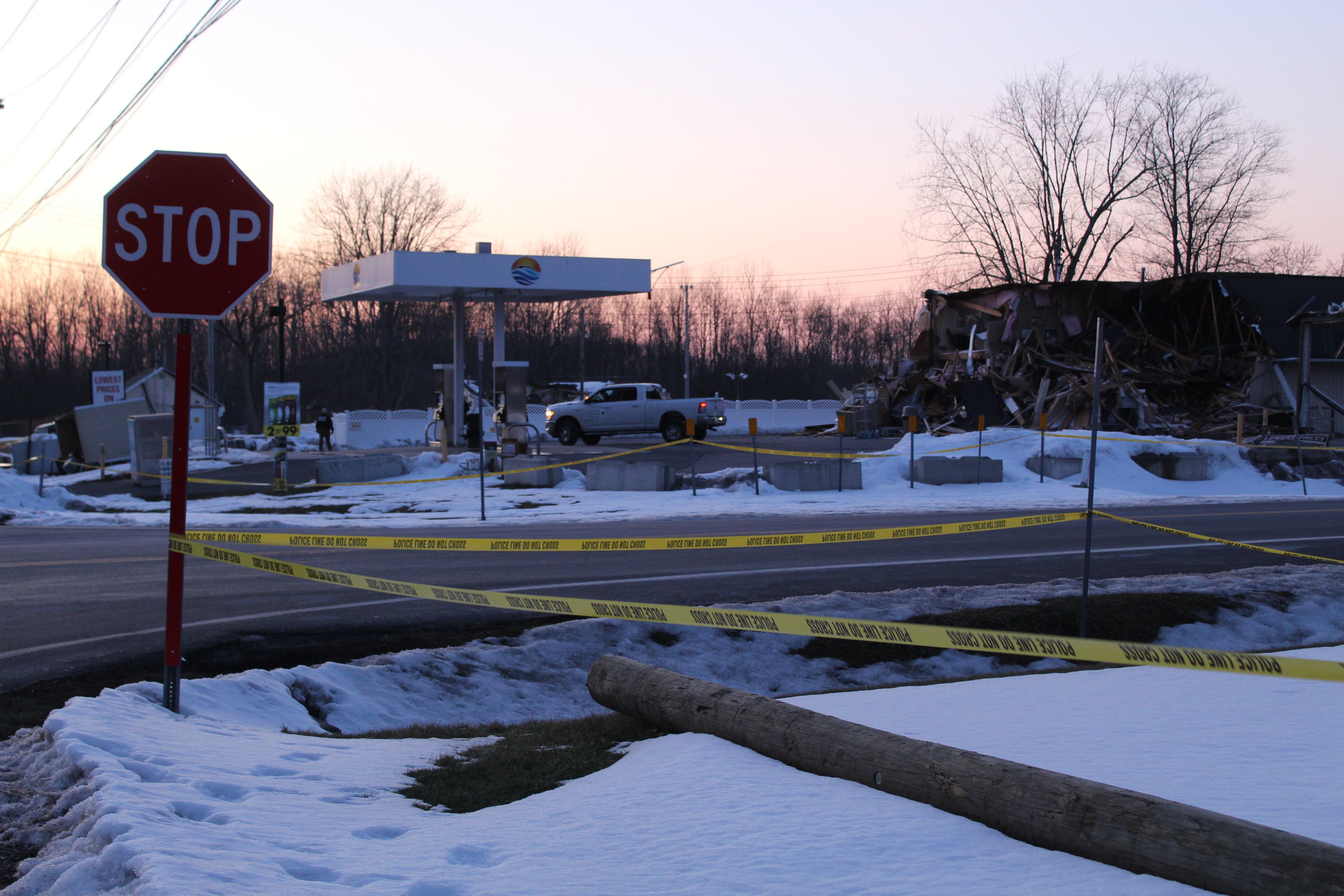 The former gas station along State Route 89 at Garden Street Extension is no longer open after a sudden, unexpected demolition carried out by the Cayuga Nation Police Department. Credit: Gabriel Pietrorazio, FingerLakes1.com.