The Buffalo Sabres were unable to build off Saturday night’s victory in their game against the Chicago Blackhawks on Sunday.

In the second half a back-to-back set, the Sabres fell to the Blackhawks 4-1 at United Center. 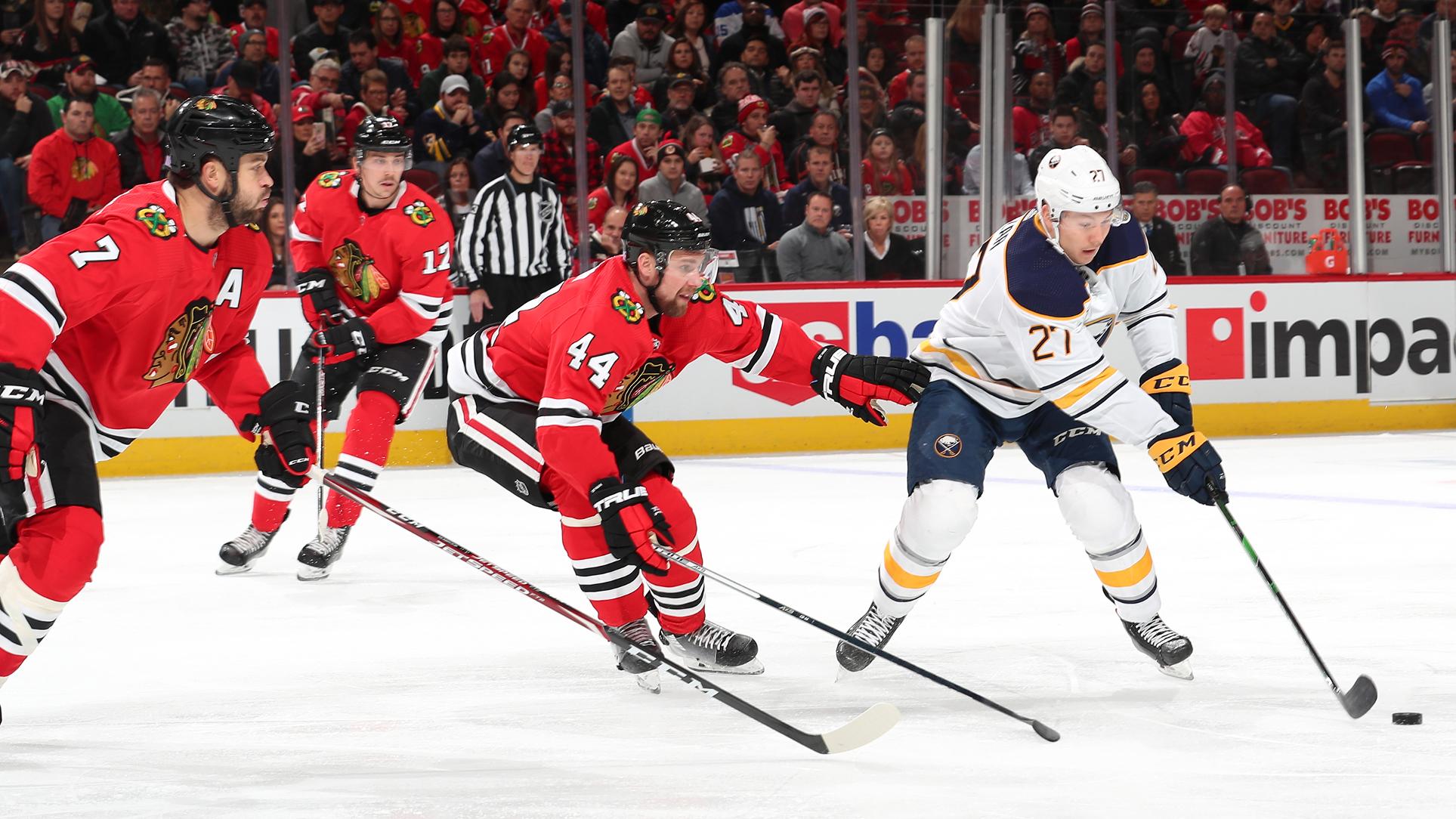 Jack Eichel snapped the shutout with his goal at the 9:39 mark of the third period. Eichel led the way on Saturday in Buffalo’s 4-2 win over the Ottawa Senators, but the Buffalo offense was unable to execute on enough chances to earn two points in Chicago.

For the Blackhawks, Kirby Dach scored twice while Patrick Kane and Jonathan Toews also lit the lamp to give Chicago a sizable lead. The Blackhawks have now won 10 games in a row against the Sabres at United Center with Buffalo’s last win coming on Jan. 10, 2007.