Aroldis Chapman will remain with the Yankees through 2022 after reworking his contract, a source confirmed to MLB.com’s Mark Feinsand. The deal was first reported by ESPN’s Jeff Passan. The club has not confirmed the agreement.

The Yankees’ closer had until Saturday night to opt out of the final two years and $30 million of his contract. Instead, the Yankees reportedly added an additional year to his deal for $18 million. 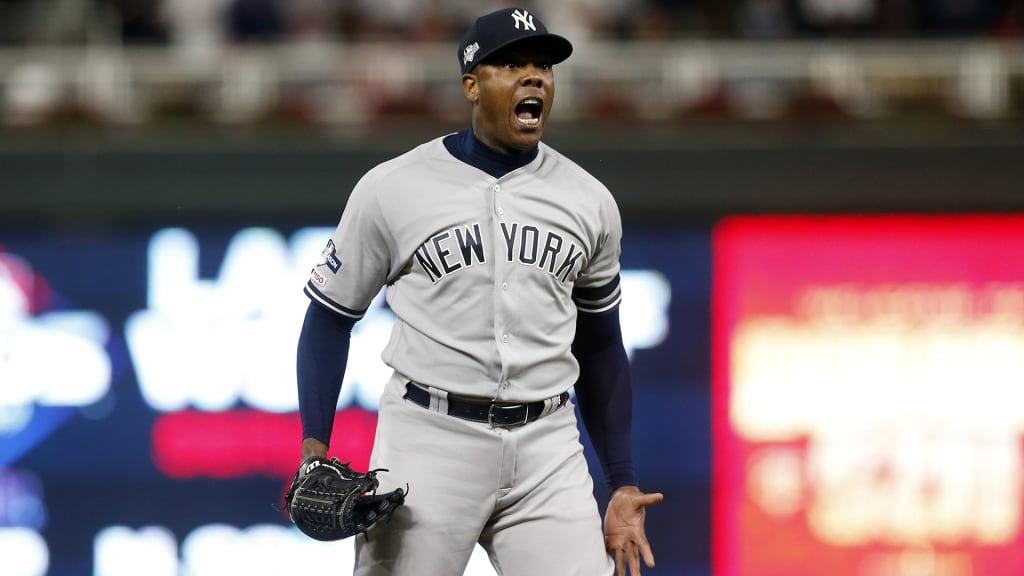 Chapman had 2 yrs at $30M left. New contract is now 3-$48M. Keeps #Yankees bullpen strong, protects with Britton able to opt out after 2021 when Kahnle also is a free agt.

The Aroldis Chapman extension means Zack Britton, Adam Ottavino, Tommy Kahnle and Chad Green can remain in their 2019 roles, leaving the Yankees’ bullpen intact. Dellin Betances is a free agent, though the four-time All-Star faced only two batters all season.