A state appellate court on Thursday delayed New York’s ban on flavored vaping products used in e-cigarettes a day before it was set to take effect, a victory for an industry that has opposed the state efforts to limit vaping products. 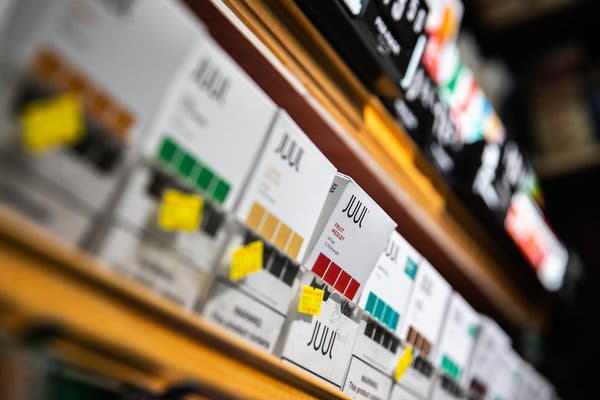 The Appellate Division in the ruling blocked the state from enforcing the ban until a broader injunction motion is decided at the trial level. The ruling was first reported by The New York Law Journal.

The suit was filed by the Vapor Technology Association, a trade group that is fighting the ban and has sought restraining order to delay it.

“It is undeniable that the vaping industry is using flavored e-cigarettes to get young people hooked on potentially dangerous and deadly products,” said Health Commissioner Howard Zucker.

“While the court’s ruling temporarily delays our scheduled enforcement of this ban, it will not deter us from using every tool at our disposal to address this crisis. Make no mistake: this is a public health emergency that demands immediate action to help ensure the wellbeing of our children, and we’re confident that once the court hears our argument they will agree.”

But the association argued the development was an acknowledgement of the strength of its case against the ban.

“The New York State Legislature, instead of enacting a flavor ban, already has decided to address concerns about youth vaping by raising the minimum age for vapor products from 18 to 21 and imposing a major tax increase,” said Vapor Technology Association Executive Director Tony Abboud.