Catcher Jorge Alfaro sure knows how to spoil the party. He hit a pair of home runs — including his first career grand slam — to help the Marlins defeat the Mets, 8-4, at Citi Field on Monday night.

With the victory, the Marlins significantly damaged the Mets’ Wild Card hopes. New York is now five games behind the Brewers for the final WC spot in the National League with six games to play in the regular season. 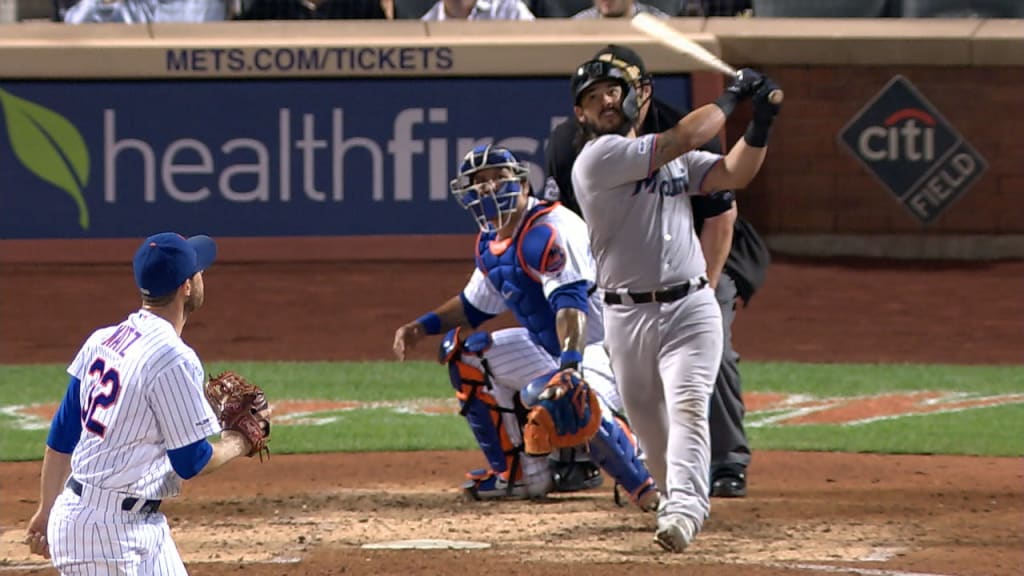 Alfaro started off his big night with a solo shot over the left-field wall — his 16th homer of the season — against Mets left-hander Steven Matz in the second inning.

That wouldn’t be all the trouble he dealt to Matz, though. In the sixth, Alfaro knocked the lefty out of the game by hitting the ball out of the yard, pushing the Marlins’ lead to six. It was Alfaro’s second two-homer game this season, the last of which came against the Braves on April 6.

But the Mets came off the canvas and answered back with a grand slam of their own in the next half-inning, as Amed Rosario was finally able to get to Marlins left-hander Caleb Smith.

It didn’t matter, however, as Alfaro’s five-RBI night provided enough of a cushion to eventually make the difference for Miami.