The Yankees hit a half-dozen home runs at Comerica Park. The Tigers had one extra-base hit until the ninth inning but batted around twice, and their 14th single Tuesday night was the game-winner.

It was that kind of night at the ballpark hitters love to hate.

While the Yankees slugged their way in front three times with stunning exit velocity, the Tigers rallied each time until Jordy Mercer’s ninth-inning single scored pinch-runner Willi Castro for a 12-11 win. 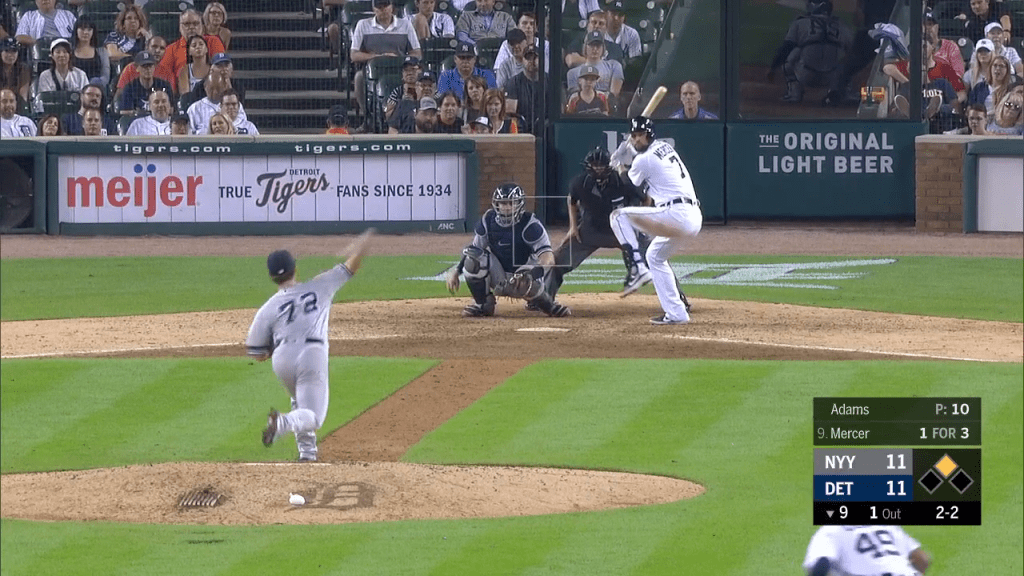 It marked the Tigers’ third win in four matchups against the Yankees. But after the two teams combined for 11 runs over three early April games in the Bronx, they had 11 runs apiece through seven innings and needed another to decide it.

The Tigers were staring at a 6-0 deficit after two innings upon Edwin Jackson’s exit, including two Brett Gardner homers, but they assembled a six-run third on six singles and an error. Solo shots from Gleyber Torres in the fourth inning and Didi Gregorius in the fifth put New York back in front before the Tigers charged back ahead with a three-run sixth. Edwin Encarnacion and Gregorius hit back-to-back homers in the seventh to pull the Yankees back in front before Mercer walked and scored on a Harold Castro single in the bottom half to tie it again.