In the days following what was, statistically, the worst start of his career, Noah Syndergaard did not alter his routine in any dramatic way. He may have spent a bit more time than usual with a baseball in his hand, trying to do as much as possible to avoid another blowup. The actual differences between that 10-run outing against the Cubs and Monday’s seven scoreless innings at Nationals Park were also subtle. 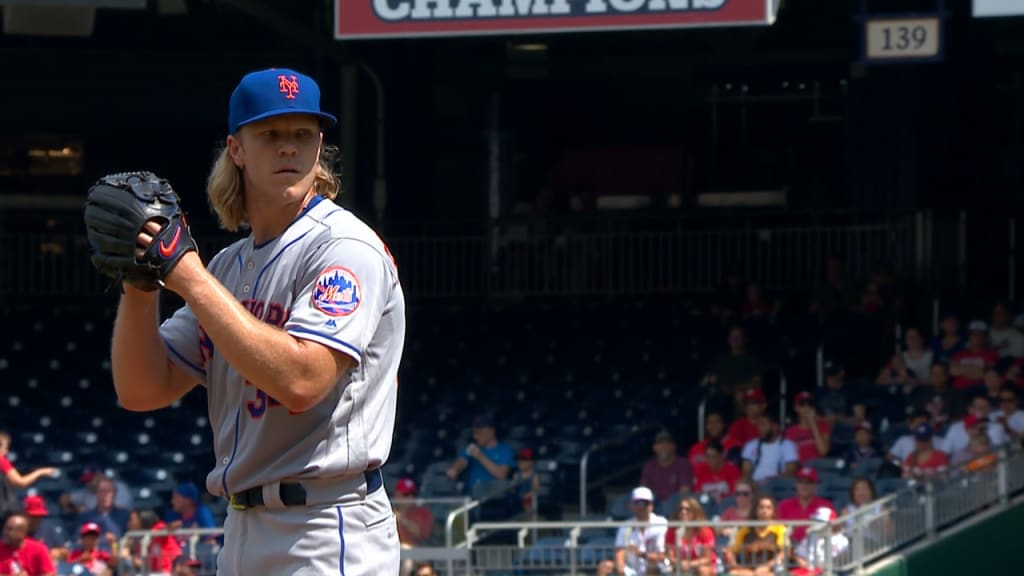 On the mound, Syndergaard did his best to stay hyper-aware of his body. He tried to keep his upper half “loose,” while still lining himself up with home plate for as long as possible. Syndergaard’s goal was to throw with maximum effort, but only feel like he was pitching at 90 percent, which is only possible if his mechanics are in sync.