State Troopers have identified those involved in the serious head-on crash on Edwards Road in Waterloo on Sunday.

They say McKenzie Dewolf, 17, of Waterloo was northbound on Edwards Road when she moved into the southbound lane and struck a vehicle operated by Harry Gajan, 72, of Lyons.

His two passengers, Jacob Gajan, 19, and Jared Gajan, 21, both from Newark – were airlifted to Strong Memorial Hospital with serious injuries.

Four people were hurt in a head-on crash Sunday morning in Waterloo, according to State Police.

Two people in the southbound vehicle were airlifted to Strong Memorial Hospital with serious injuries. The driver was taken to Geneva hospital with injuries, according to police.

The operator of the northbound vehicle was also sent to Geneva General Hospital.

The road was closed for several hours as investigators worked the scene. 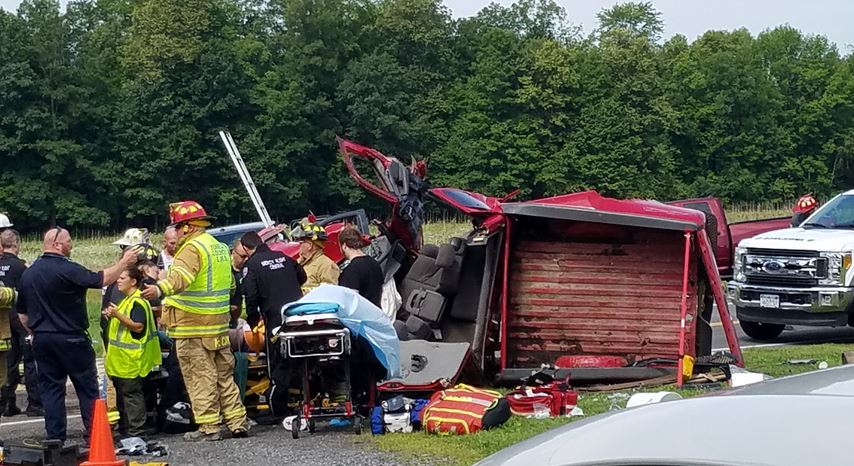