No National League rookie has hit more home runs than Pete Alonso. Ever.

With a three-run homer in the Mets 10-8 win over the Braves on Thursday, Alonso matched Cody Bellinger for the most all-time by an NL slugger, with 39. Aaron Judge owns the record for a rookie in any league, with 52 in 2017. Given 42 more games on the Mets’ schedule, Alonso on pace to tie that mark. 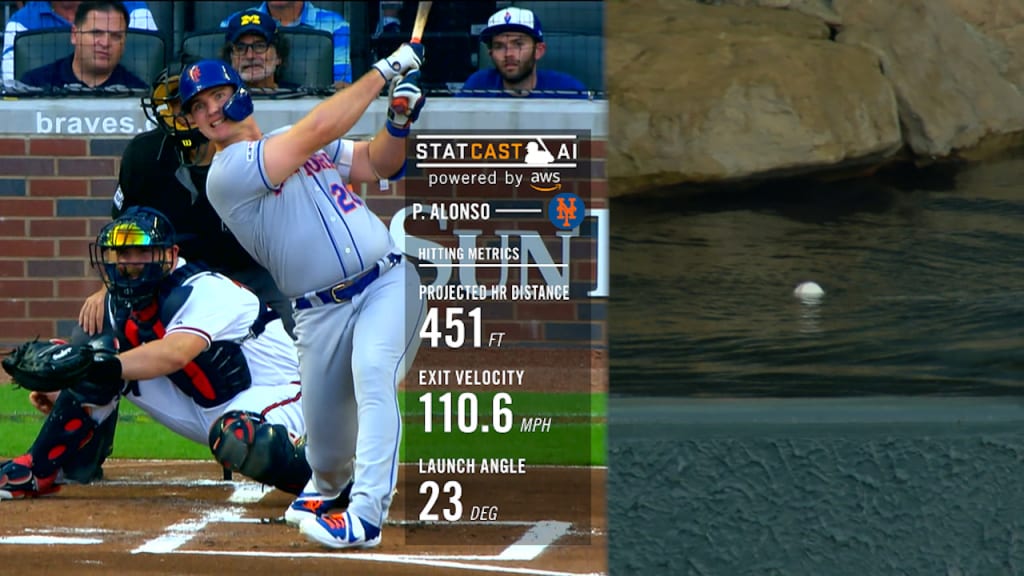 He is also two home runs shy of matching the Mets’ franchise record of 41, which Todd Hundley set in 1996 and Carlos Beltran matched a decade later.

Thursday’s homer came as part of a five-hit, career-high six-RBI assault from Alonso at SunTrust Park. His record-tying home run traveled a projected 451 feet, according to Statcast data, making it his ninth of at least 440 feet this season. No Major Leaguer has more. Alonso also singled home two runs in the fifth inning and another in the seventh, reaching base a total of six times.