In the hit Showtime series “Billions,” it seems, everybody’s somebody. Ruthless hedge fund titan Bobby Axelrod evokes Steven A. Cohen, the billionaire founder of SAC Capital Advisors. U.S. Attorney Chuck Rhoades is a Preet Bharara type. And then there’s the Cayuga nation, cryptically standing in for … the Cayuga nation.

It’s that last piece of the roman a clef that got a lawsuit going in which the Native American tribe and a member of its governing council claim Showtime Networks Inc. and the show’s creators trashed their reputation. 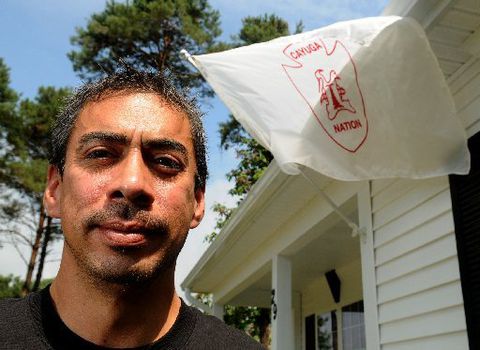 According to the lawsuit by the tribe and Council Member Clint Halftown (Jane Halftown in the show), filed Tuesday in New York state court in Manhattan, the episode that aired on May 5 included a “false and defamatory narrative that the Nation and Council Member Halftown had previously been engaged in a casino land deal and an illegal revenue-sharing arrangement.” During the episode, Rhoades’s father refers to the tribe as “my casino Indians,” according to the complaint.