After a day away from the fields at St. John Fisher, the Bills returned with another padded practice on Tuesday. It was a damp practice with a steady rain through much of the day, and tempers ran high throughout the practice. There were a few skirmishes and hard hits, though nothing blew up into a full-on fight. First, safety Dean Marlowe was leveled on a screen play by Jon Feliciano. A few plays later, he laid out Ray Ray McCloud on a route across the middle, and McCloud came up throwing punches. McCloud whacked Marlowe on the helmet, cutting his wrist in the process. A few minutes later, Siran Neal and Duke Williams traded punches after a play. 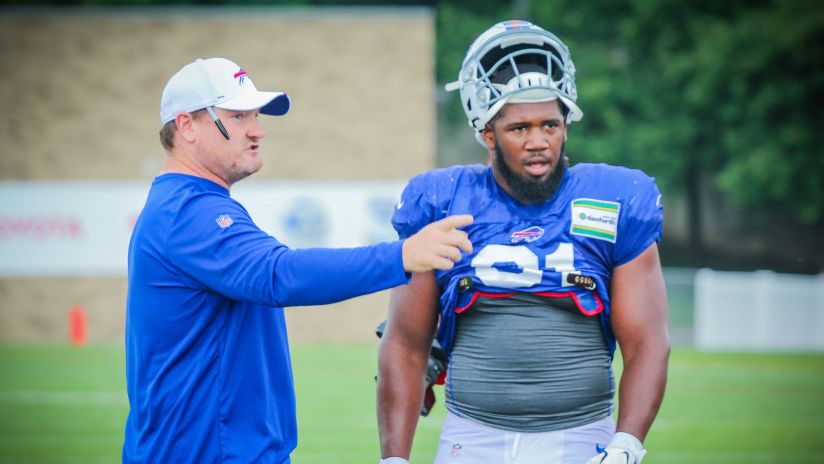 The rain also meant a rough day for Bills receivers. There were several drops, and Tre’Davious White forced a Cole Beasley fumble after a catch. Matt Milano’s rounding back into form after his late-season injury, and he caught an interception after Jordan Phillips tipped a pass. The defensive coaches set the tone early by hyping up their players to start “thudding,” and it paid off on the field.

Soak it in mate!@ChristianWade3 at his first NFL Training Camp