Yankee offense puts up 10 runs in win over Toronto

The Yankees were constructed to crush homers, and they have now done so for 27 consecutive games, tying a Major League record.

Aaron Hicks belted a three-run shot in the fifth inning of the Yanks’ 10-8 win over the Blue Jays on Monday, marking the 27th straight contest in which the Yankees have hit at least one homer (since May 26). 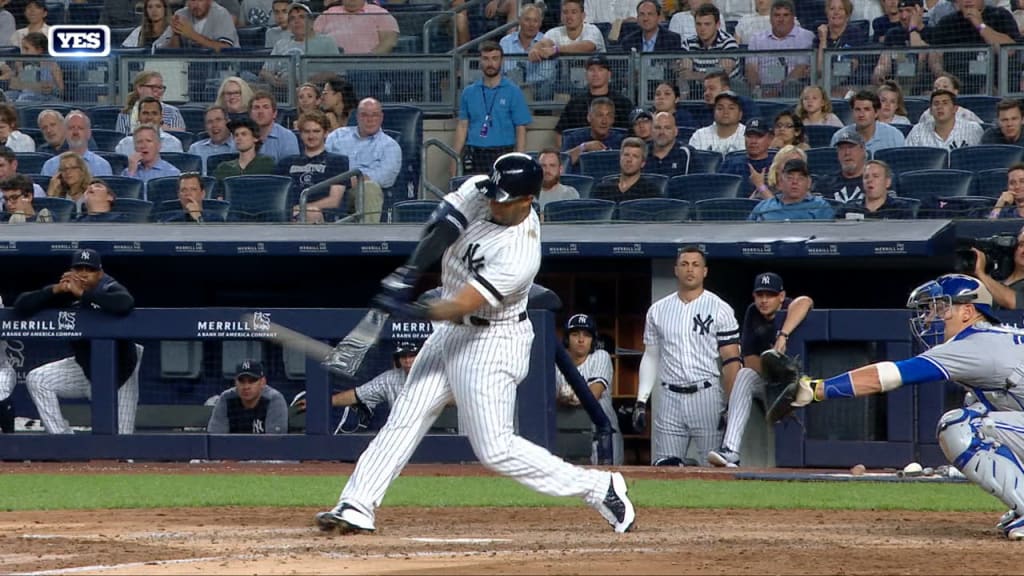 In the sixth inning, Giancarlo Stanton crushed another home run, his first of the season, as the Yankees took a 10-2 lead with a seven-run frame. Statcast projected the blast at 445 feet with an exit velocity of 111 mph.