Representatives of the Erie Canalway National Heritage Corridor and New York State Canal Corporation were joined by local officials to unveil a new 3-sided sign at the Seneca Harbor Park in Watkins Glen on Wednesday. The sign shares the history of Watkins Glen as a canal town and includes a walk zone map to help visitors find nearby services.

Judy McKinney Cherry, Executive Director, Schuyler County Partnership For Economic Development said: “This sign provides deep acknowledgement of the incredible impact that the Erie Canal had on establishing Watkins Glen as a major economic center. We are appreciative of the local community, Erie Canalway National Heritage Corridor and NYS Canal Corporation for their investments in this Corridor.” 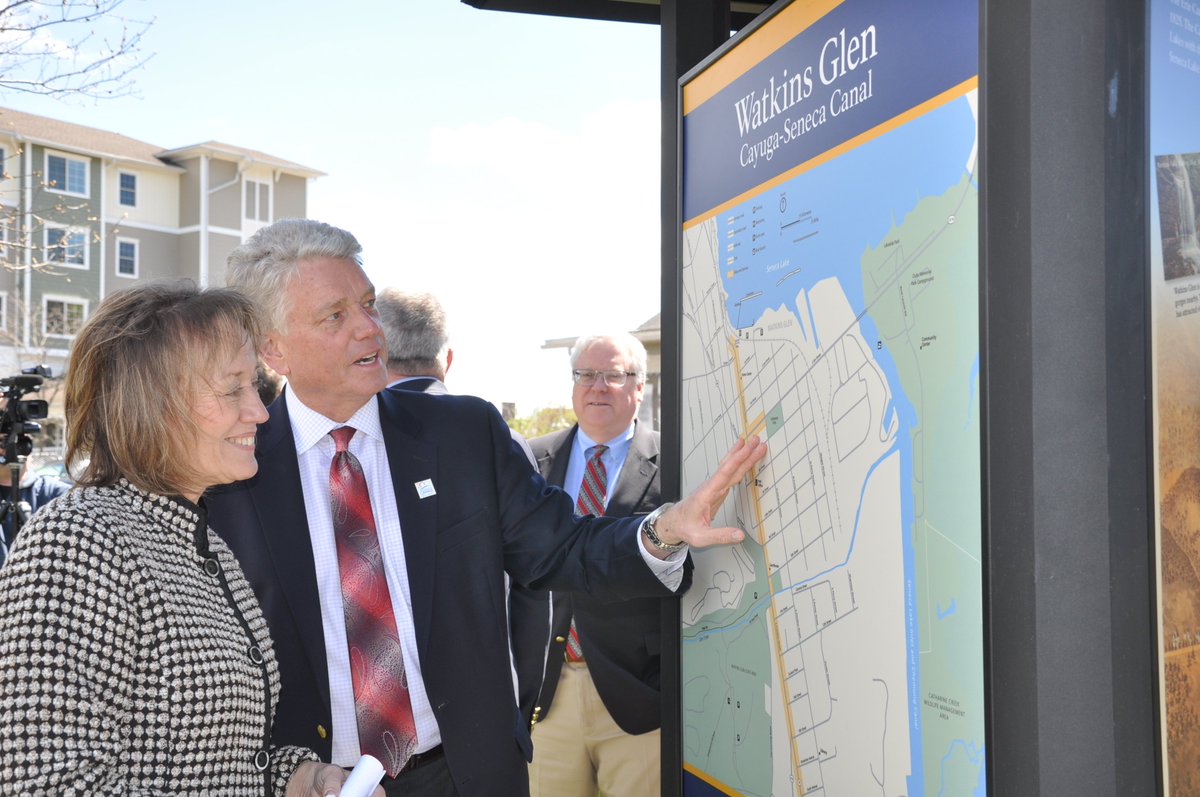 Erie Canalway National Heritage Corridor, in partnership with the NYS Canal Corporation, is installing dockside exhibit panels and wayfinding signs in 40 communities located within the national heritage corridor. The new signs share canal history and help boaters and other canal visitors find their way to services.

“Many people don’t think of Watkins Glen as a ‘canal town,’ but the Erie Canal sparked a canal-building boom after it opened in 1825 that had a strong influence on Watkins Glen,” said Bob Radliff, Director of the Erie Canalway National Heritage Corridor.