State Police say an 86-year-old Seneca Falls resident was killed in a serious multi-vehicle wreck in Tompkins County on Thursday.

The driver of the van, who is from Seneca Falls – was flown to SUNY Upstate Medical and is undergoing surgery, according to New York State Police Trooper Aga Dembinska.

The passenger in the vehicle, Marguerite Cole, 86, of Seneca Falls died at the scene. The passenger was related to the driver, according to police.

The male driver of the Chevy Camaro, age 30 of Sayreville, New Jersey, and a female passenger, age 19 of New York City, were flown to SUNY Upstate Medical and are undergoing surgery, according to the Ithaca Voice.

They say the man was unconscious, while the woman was conscious at the scene.

Three helicopters were called to the scene. Two of them landed at Taughannock Falls State Park and one landed at Cayuga Medical Center.

The cause of the crash remains under investigation. 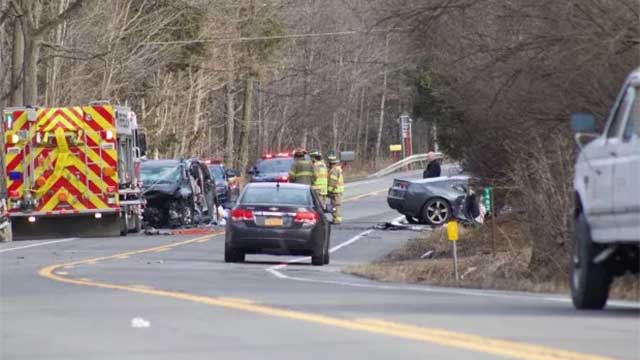