Home » Life » Remembering the ‘Voice of the Finger Lakes’

Remembering the ‘Voice of the Finger Lakes’

At one time or another, Russ Kimble owned a half-dozen or more radio stations in the Finger Lakes area.

If there was a problem at one of them, he knew about it quickly.

“Growing up, every room in our house had a different radio station. No matter what room you walked into, there was music playing,” said his daughter, Kim Kimble-Standic. “If you heard static, you would go running into the rooms and figure out what station it was. Dad would call that station and tell them they were off the air.” 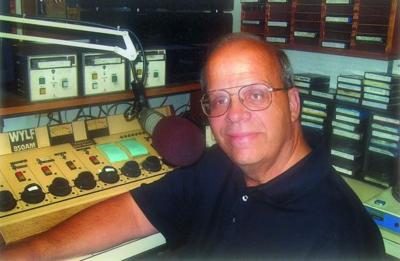 Kimble, called the “Voice of the Finger Lakes” by many, died suddenly March 12 at the age of 67. His career in radio and local cable television spanned more than 40 years, starting in 1968 when Kimble and his twin brother George took over WCGR-Canandaigua — while they were still in high school — following the death of their father, who started the station in 1961.

“Radio was his life, and he was instrumental in hiring some area notables including ‘The Mayor’ Pete Kennedy and even Phil Povero, who would go on to be Ontario County sheriff,” said Kimble’s good friend, Lou Loy. “There are a lot of folks that dabbled in radio and went on to other things, courtesy of Russ and George Kimble, and many of those people reached out to me after Russ’ death. A lot of people are going to miss him.”

Russ and George Kimble, 1969 Canandaigua Academy grads, moved the WCGR studio and offices to the outskirts of Canandaigua in 1972. A year later, FM station WFLC went on the air.