The South Seneca Lady Falcons basketball program has been the most dominant in all of Section V over the past three seasons. Under the direction of head coach Heather Mott, each of the last three seasons ended with a Sectional title, two with trips to the state final four, and one with a Class C State Championship. On Saturday afternoon at Victor High School, South Seneca saw their historic run as Sectional Champs come to an end at the hands of the Oakfield-Alabama Hornets who captured the Section V Class C3 Championship with a 43-39 win.

The South Seneca offense was struggling out of the gate and could only muster 13 points in the first half (only 2 in the second quarter) as they Lady Falcons limped into the halftime break trailing by 8. They came storming back late in the second half behind 11 fourth quarter points from senior Jenna McDonald including a pair of free throws to tie the game with under 3 minutes remaining in the game.

•McDonald hits two free throws and Falcons are within one. Oakfield ball after a timeout#SectionV #GirlsBasketball pic.twitter.com/4QKGE696l2

Oakfield-Alabama would re-take the lead with a three pointer two possessions later and they would hold the lead to the final buzzer despite going 2-10 from the free throw line in the final period.

South Seneca cause was hurt by an obvious missed Oakfield-Alabama double-dribble with 56 seconds remaining in the game (seen in the video below), but the Falcons fans can blame their poor first half shooting more than one missed call.

•Porter fouled on a three and heads to the line for three shots #SectionV #GirlsBasketball pic.twitter.com/4s68335GEl

South Seneca did have two attempts to tie or take the lead in their final two possessions. The first resulted in a Jenna McDonald drive and left-handed runner that rolled across the back iron and out, the second came with six seconds remaining as sophomore Logan Shaulis fired a three point attempt from beyond the top of the key that caught the inside of the left side of the rim and bounced out.

McDonald’s 13 led the Falcon scoring in her final game in the yellow and black. Also playing their final games for South Seneca were Jade Parsons and Avrielle Fletcher. Parsons was on the roster for both South Seneca state final four runs including the state title. During Parson’s four year run, the Falcons won 91 games while losing just 11. 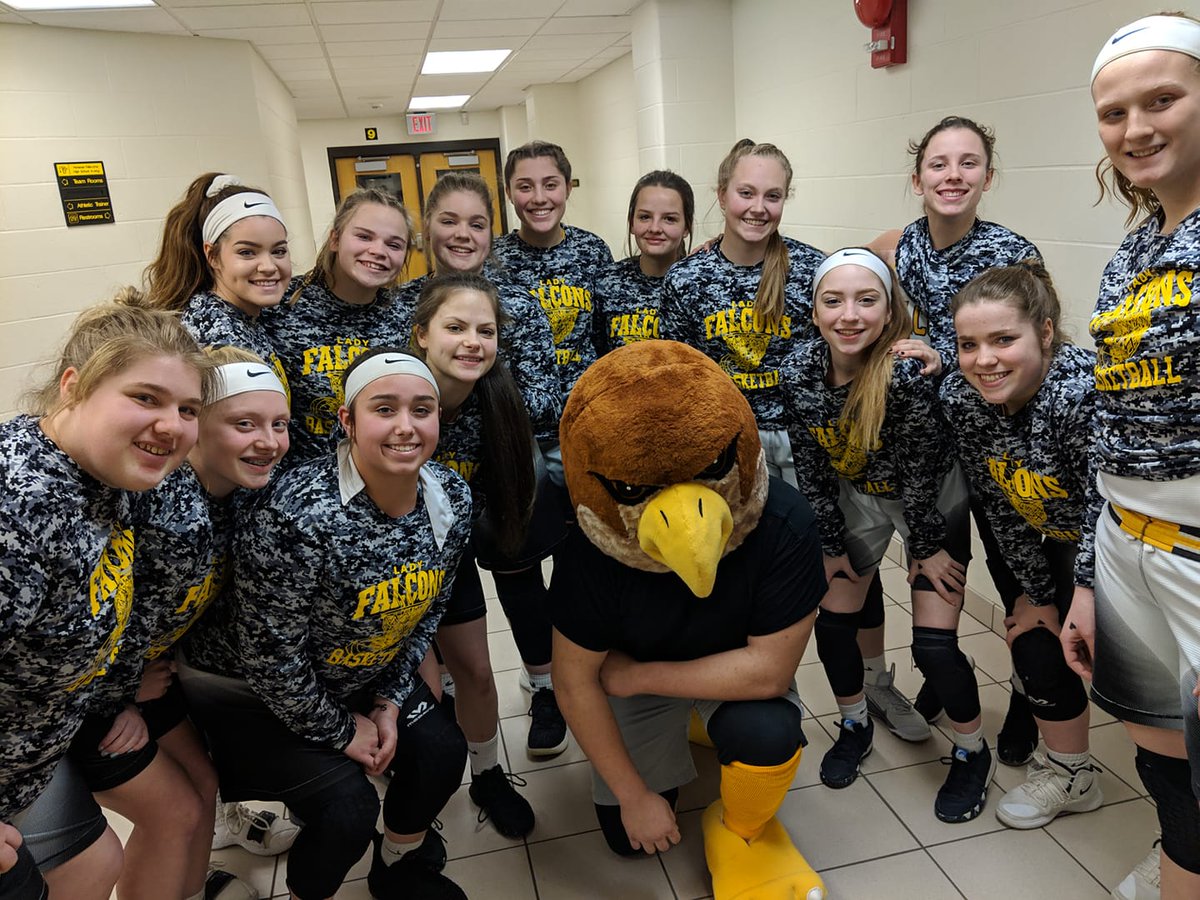