Inside the Seward House projects up for Auburn’s $10M grant 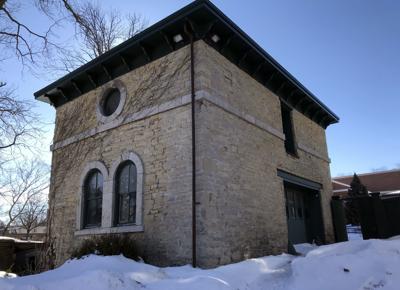 Those with projects up for pieces of Auburn’s $10 million Downtown Revitalization Initiative grant are waiting to see how the money is spent with nothing short of anticipation.

In the case of the Seward House Museum, though, it’s more like urgency.

The Auburn museum has four projects on the table of the grant’s Local Planning Committee, which will ultimately submit a spending plan to the state in March. But one of those projects has been given priority above the others: the rehabilitation of the museum’s barn and carriage house, which sit behind the 1816 home, opposite the YMCA across William Street.

Museum Facilities Manager Mitch Maniccia said Friday that the project was prioritized after conversations with the committee and consultant Bergmann Associates. That’s partly because rehabilitating the structures would serve the DRI mission of transforming that area of downtown. The project would also support the “This Place Matters” theme of Auburn’s spending plan, Maniccia added.

But the major reason rehabilitating the two buildings has been prioritized is because they simply can’t wait much longer, Maniccia said. The museum commissioned a building condition report on them in 2018, and the diagnosis was bleak, he continued. Without immediately addressing its foundation issues, among others, “we’d lose two very important historic resources,” Maniccia said.

“They’d be unsalvageable,” he said. “It would be too costly for significant repairs and we’d have to start from scratch.”

The barn and carriage house replaced a barn that was burned down by an arsonist protesting William H. Seward’s 1860 presidential campaign, Maniccia said. Frederick, the middle son of the former New York governor and secretary of state, then designed the two buildings. Though Frederick would follow his father to a career in politics, serving as assistant secretary of state and later in the New York State Assembly, he was also an aspiring architect. Maniccia said the museum’s archives include his original hand-drawn blueprints and a letter to his mother, Frances, explaining them.