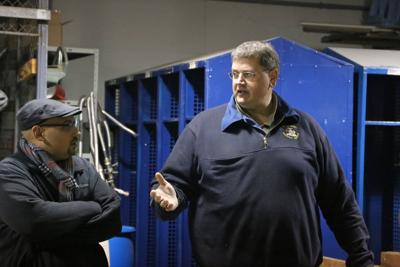 An initial announcement from the county issued Friday said the “unexpected resignations” left the office with one full-time employee and 15 part-time employees, but did not specify who had resigned.

All officials interviewed Wednesday declined to comment on any reasoning behind the resignations, citing confidentiality reasons with personnel matters.

Whittaker was originally brought in to serve in a similar role as Bill Dashnaw, the former St. Lawrence County highway superintendent, who worked as a special consultant while Cayuga County reorganized its highway department into a combined Department of Public Works.

The resignations leave the development of such a plan unclear.

Cayuga County Legislature Chair Tucker Whitman, R-Sterling, said legislators would have to re-examine the department’s direction and what they want to do with it.