Home » News » Business » One way or another, Maguire aims to expand dealerships in Ithaca

One way or another, Maguire aims to expand dealerships in Ithaca

Phil Maguire, CEO of the Maguire Family of Dealerships, is the entrepreneurial example of the old proverb, “If at first you don’t succeed, try, try again.” 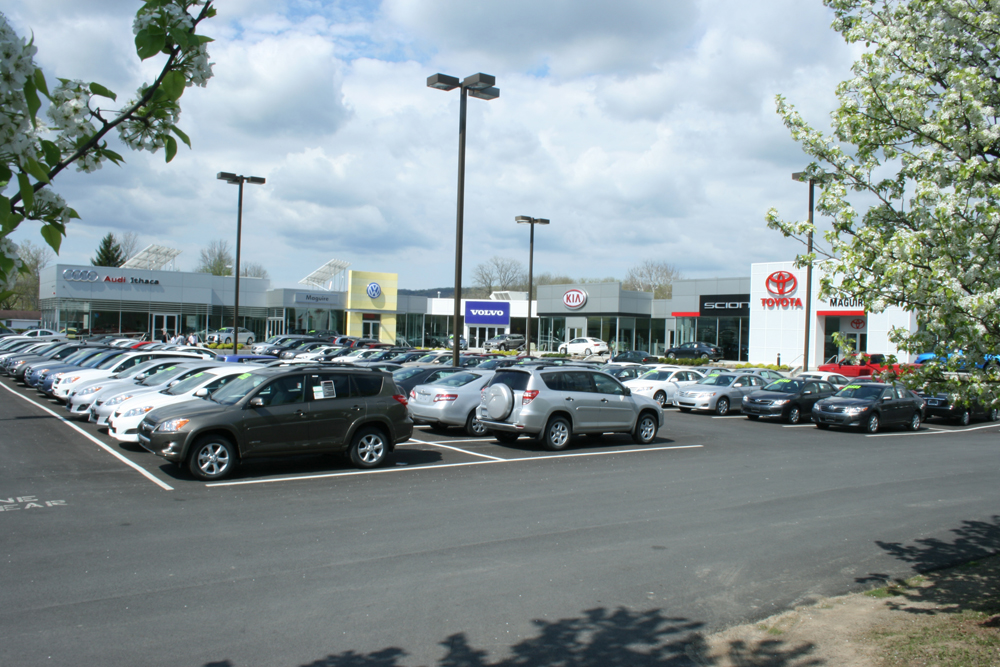 The first attempt back in 2014 was an “artisanal” car dealership campus in the Town of Ithaca, which was halted by disagreements over zoning.

The second attempt was a trio of dealerships proposed for the Carpenter Business Park; as readers may remember, the city was never warm to the idea of a cluster of car dealerships near the waterfront, and through some legal tactics (albeit legally questionable tactics), were able to stop the Maguires from building on that site. The city urged the Maguires toward a third location, in Southwest Park near Walmart.

However, that hasn’t gone anywhere either. It’s caught up between the need for a location for dewatering spoils dug up by dredging the inlet, and the homeless encampment that the city would rather not evict. Maguire purchased some properties nearby with proceeds from their very lucrative sale of Carpenter Business Park to Cayuga Medical Center, but otherwise, the 440-person dealership chain isn’t pinning its future on that site.