The early twentieth century story line centers around charming con artist Harold Hill masquerading as a boys’ band leader trying to cheat the naive residents of River City, Iowa with his conniving scheme of offering to equip and train the marching band, then skip town with the money since he has no musical skill. His plan goes south when when he falls head over heels for a not-to-be-fooled librarian whom he is trying to keep from exposing him while he inadvertently enriches the town with a love of music. 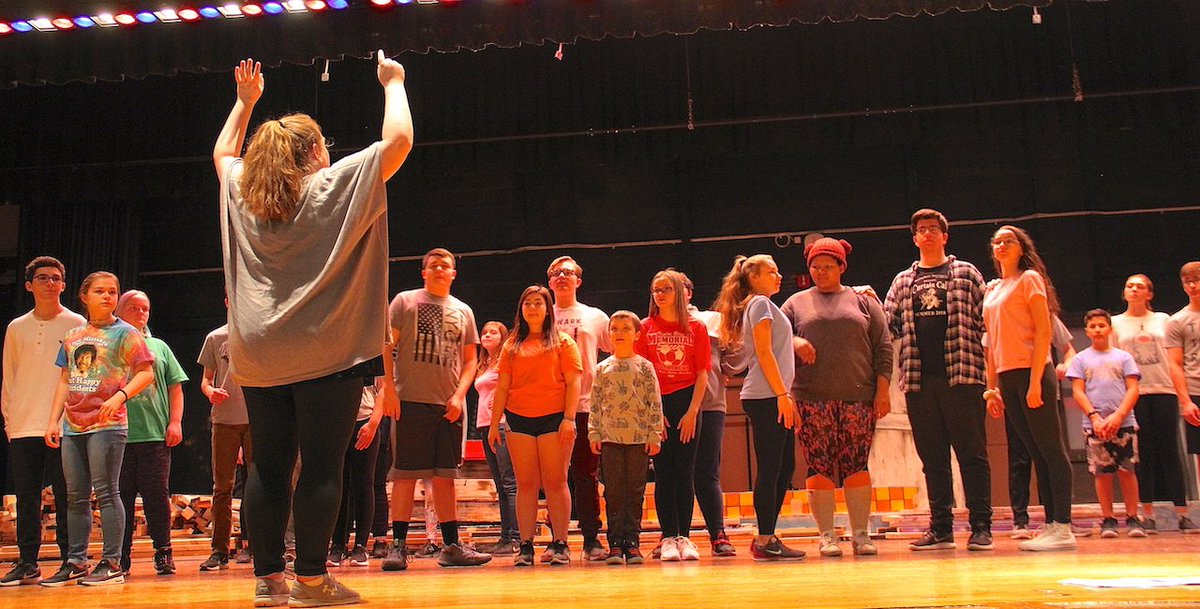 “Music Man has been on my “someday” list for show selection for several years,” Director Emily Howard said. “We were just waiting until we had the right combination of young performers. Even though it is set 100 years in the past, there are still relevant themes that our actors will be exploring. They certainly know what it is like to grow up and live in a small town. I will be devoting some of our rehearsal time to creating families and relationships with all of the townspeople. We are particularly excited this year that the cast features 9 Kelley School and Newark Middle School students. I know that our audience community is very excited about this show. We look forward to sharing this classic piece of musical theatre Americana with everyone who joins us the first weekend in March!”

Senior citizens may attend the final dress rehearsal of the show for free February 28th at 3:30 p.m..