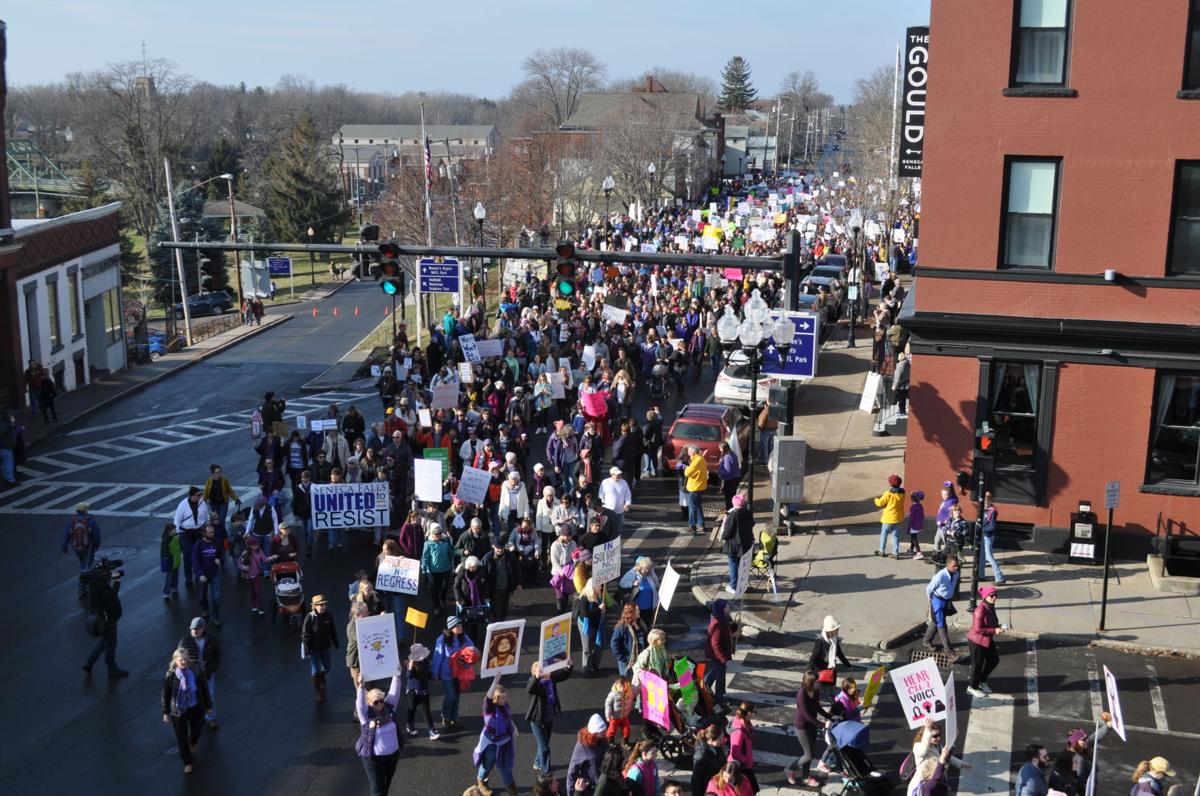 The Seneca Falls Police Department released the following update ahead of Saturday’s Women March, which is set to take place in the Town of Seneca Falls during the morning hours:

“The Town of Seneca Falls Police Department would like to advise town residents and visitors that on Saturday January 19, 2019, at 10:00 AM the “Women March” event will be taking place in Seneca Falls, NY. The “Women March” ceremony will begin and conclude at lower Fall Street near VanCleef Lake. The march will step off from lower Fall Street near Trinity Church at 11:15 AM and proceed west on Fall Street, north onto Clinton Street, east onto Oak Street, north onto Mynderse Street, east onto Jefferson Street, north onto State Street, east onto South Park Street, south onto Cayuga Street and then east onto Trinity Lane, where the march will conclude. In previous years this event has had upwards of 15,000 attendees. The area is expected to be congested. If you are traveling during these times expect delays and detours.”

FingerLakes1.com will provide updates from law enforcement, as well as the day’s event as they get closer.