Ontario County Sheriff Kevin Henderson, who began his first term this month, succeeding longtime Sheriff Phil Povero, who retired on December 31st – had a stern warning for drug dealers at a ceremony on Saturday. 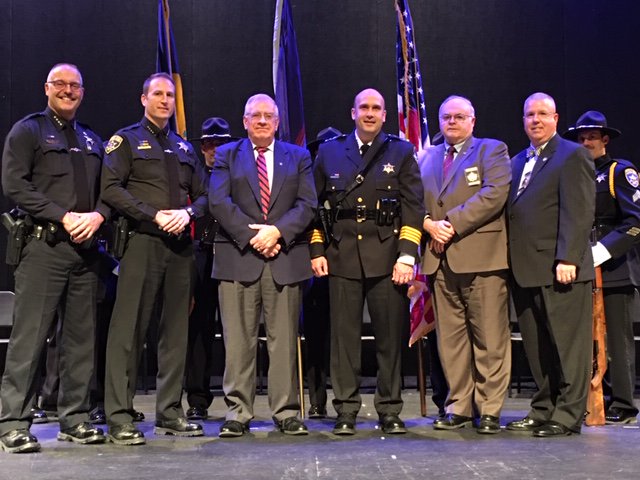 “I will be leading from the front,” said Henderson, during his ceremonial swearing-in ceremony Saturday at Canandaigua Academy. “These people are going to be held accountable for what they are doing.”

Henderson had a ceremonial swearing in on Saturday, but had been on the job since Tuesday. He shared an image of his first rounds on New Years Day to Twitter.

He was accompanied by his wife, Cindy, son, Joshua, and his fiancé Jillian Moranda. Henderson was sworn into office by state Supreme Court Justice Craig Doran.

Henderson noted that ‘arresting our way’ out of the problem won’t work solely, either. Henderson, who is a former school resource officer at Midlakes and Red Jacket, pledged his support for the continuation of the program.

A long-term goal of his is to see that there are resource officers at all schools in Ontario County.