The owners of Prison City Pub & Brewery presented the site plan for the production facility they want to build to the Auburn Planning Board Wednesday night. 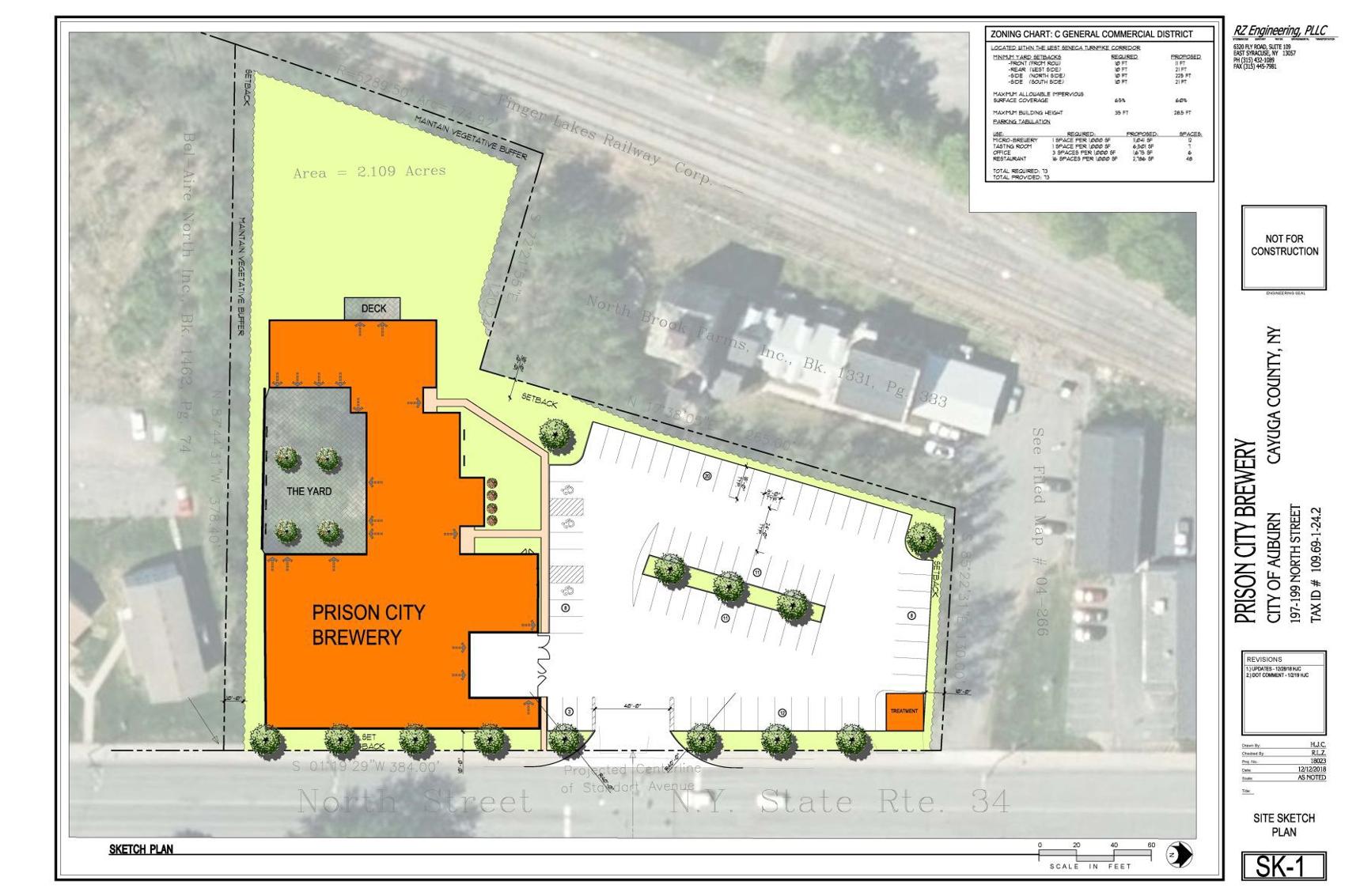 After explaining to the board how the proposed brewery at 197-199 North St. will help Prison City meet the demand for its critically acclaimed beers, owners Dawn and Marc Schulz went over some specifics of the 20,000-square-foot facility. Its production space will allow the brewery to go from about 1,000 barrels a year to 2,000 in its first year, Marc Schulz said, and eventually 10,000.

The facility will also have a tasting room and restaurant that will initially be open Fridays through Sundays, Dawn Schulz said. Depending on demand, she added, it could expand to being open daily. There will also be lines for canning and bottling beers, and a space for aging them. Overall, the Schulzes said, the brewery will create 20 to 25 jobs, many of which will require manufacturing skills.