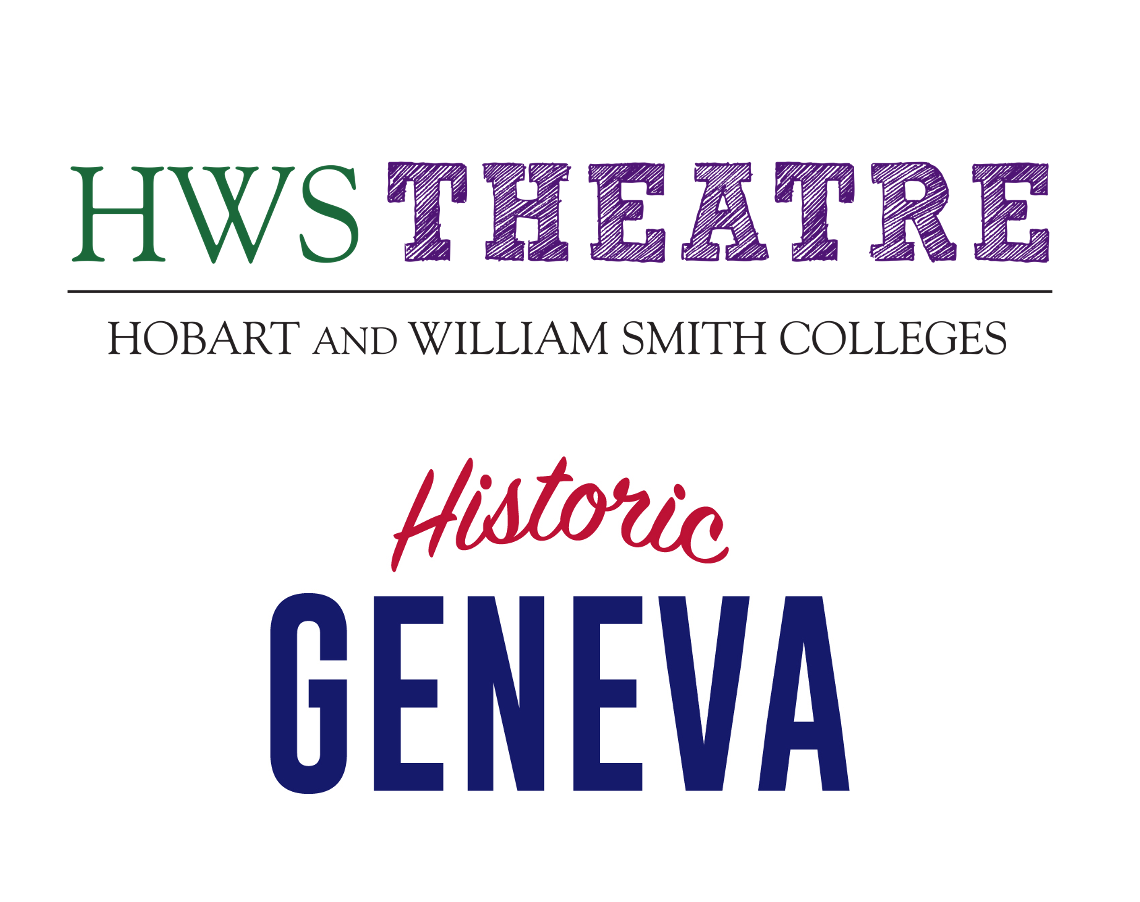 Historic Geneva and HWS Theatre are teaming up for the first time ever for ‘From Beyond: Geneva’s Unheard Voices (A Theatrical Walking Tour).’ At least 19 actors will be needed for this unique theatrical event. Auditions will be held for actors of all races and genders (18 and older) on Friday August 27th, 6:30-9:30 p.m. in McDonald Theatre in the Gearan Center on Pulteney St. on the Hobart and William Smith Colleges campus.

During summer 2021, four HWS Theatre students (Anthony Bray, Samari Brown, Sal Fabio, and Christina Roc) conducted archival research on the history of African Americans in Geneva. They then translated the stories of these un– and under-represented figures into a series of monologues and short scenes, which will be performed outdoors, in downtown Geneva by HWS and community actors on September 24 and 25. The production will be directed by Chris Woodworth. This is the third version of the From Beyond series by Historic Geneva and the first to focus solely on the African American community. Roles are available for African American actors (to portray the historic figures) as well as actors of all races and genders (to portray the tour guide characters). The historic figures that will be depicted include Daniel Prue, Nancy Lucas Curlin, Marie Gray, Robert Linzy, Henry McDonald, Art Kenney, and Mary Georgetta Cleggett Kenney. One actor will be cast in each role of the historic figures (7 total). Tour guide characters, Lyric and Cypher, are fictional and multiple actors will be cast in these roles (at least 12 total). Auditions are open to HWS and community actors (18 and older). Since this will be performed off campus, all cast and crew are required to be fully vaccinated, as per HWS off-campus policy. Auditions will be held Friday August 27 in McDonald Theatre in the Gearan Center for the Performing Arts, beginning at 6:30 p.m., with callbacks to follow immediately. Actors should plan to wear masks for auditions and for any rehearsals held indoors. Anyone interested in auditioning must sign up in advance for an audition slot. (Sign-ups are posted online and the link is available through https://www.facebook.com/hwstheatre). One-minute monologues are encouraged but not required. For those without a prepared piece, monologues will be provided. Please email Chris Woodworth for a link to the script or to the audition sign up ([email protected]).

Rehearsals begin Sunday August 29th. This HWS Theatre / Historic Geneva co-production will rehearse Monday, Tuesday, Wednesday, and Friday evenings, 6:30-10:00 p.m. There will also be occasional Sunday afternoon and/or evening rehearsals. Since From Beyond: Geneva’s Unheard Voices (A Theatrical Walking Tour) is a series of monologues and short scenes, each actor will only rehearse 2-3 times per week (2-3 hours total) until production week (September 19-25). Additionally, cast and crew will be required to attend all of the technical rehearsal process and the breakdowns after each performance (September 19-25). Anyone auditioning should bring any conflicts that may prevent participation in rehearsal. If you have an acting resume, you are welcome to bring it but no prior theatre experience is necessary.

‘From Beyond: Geneva’s Unheard Voices (A Theatrical Walking Tour)’ will be performed outside, in downtown Geneva on Friday September 24 and Saturday September 25. Audience groups of 10-15 people will depart every 15 minutes. Each audience group will be accompanied by two actors portraying the tour guides. Actors cast as the tour guides will perform their scene 2-3 times each evening. Actors cast as the African American historic figures will perform their monologue or scene 10 times each evening, between 5:30 and approximately 9:00 p.m. All proceeds benefit Historic Geneva. Tickets will be available through Historic Geneva’s website and ticket information will be announced in early September. Tickets must be purchased in advance and will be $10 each. Tickets will be free for all students (K-12 and college) but will still need to be reserved in advance. Please check https://www.facebook.com/hwstheatre for the most up-to-date information on the production, including COVID-19 safety protocols.
For more information on auditions or to access a copy of the script, email Chris Woodworth ([email protected]) or call 315-781-4581.

ADD YOUR EVENT TO OUR CALENDAR