Lacritia K. Verstraete, the 24-year-old Waterloo resident, who was sought in the manslaughter investigation in the city of Geneva has been taken into custody.

Officials confirmed on Wednesday that Verstraete was taken into custody in the town of Canandaigua.

Kiara Scott, 21, of Geneva was arrested last week following the death of 44-year-old Keith Morlang. His body was found partially hidden in a gravel parking lot behind Geneva General Hospital on June 5.

Now, both suspects involved in the case are in custody.

Verstraete faces the same charges as Scott, according to police, who said she was arrested for second-degree manslaughter and concealment of a human corpse.

Morlang suffered a medical emergency, and instead of being taken to Geneva General Hospital for treatment – was left behind the facility.

Manslaughter alleges a ‘reckless’ action leading to the death of another person. Police are still awaiting final autopsy results. However, the death was deemed suspicious from the start. 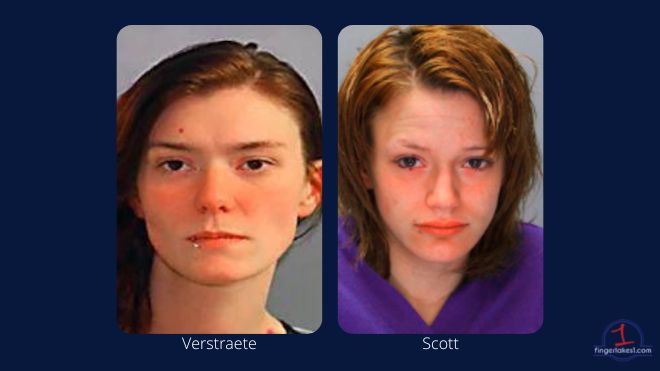