On Wednesday evening, the U.S. House of Representatives passed an extensive gun bill that would raise the age of purchase for assault rifles to 21. 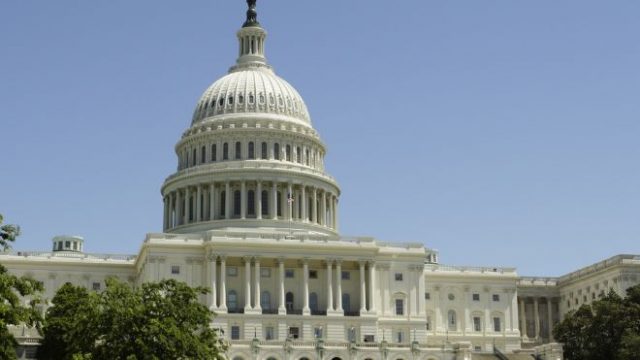 Families of Buffalo shooting victims testify in front of Congress

Another component of the legislation is the Untraceable Firearms Act, which would crack down on ‘ghost guns,’ or firearms that cannot be traced via serial number.

The House bill, which has broad support among Democrats, has been uniformly lambasted by Republicans in Congress. The 50-50 split between parties in the Senate means Democrats would have to convince 10 Republicans to support any gun legislation.

A group of bipartisan legislators are working on a ‘compromise bill’ that would strengthen background checks, increase school security and provide mental health services, according to CNBC.

On Tuesday, June 7, family members of those injured and killed at the May 14 mass shooting in Buffalo testified before Congress after a Senate Judiciary hearing on domestic terrorism.

“For two days our country has heard in painstaking detail from people impacted by gun violence. Many of those who testified are my neighbors in the City of Buffalo, people like Zeneta Everhart, the mother of a young man who miraculously survived the shooting, and Garnell Whitfield Jr., who tragically lost his mother to this senseless act of gun violence. Survivors, family members, law enforcement and medical professionals came together to share their individual stories and make a unified plea to Washington: it’s time to act.

That’s why I’m calling on Congress to pass new nationwide gun safety laws, including raising the age to purchase semi-automatic weapons. We are doing everything in our power to stem the tide of gun violence here in New York but one state cannot solve this problem on its own. Though our hometown has already been torn apart, strong action at the federal level has the power to prevent future tragedies. At this pivotal moment Buffalo — and America — deserves nothing less.”