The Hornell City School District’s board of education is standing by the two top administrators indicted on charges related to alleged improper student searches. 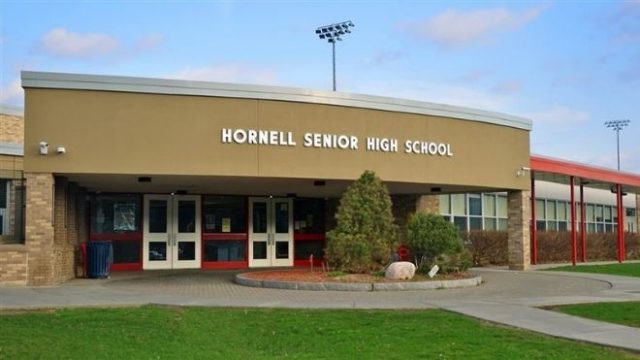 School board President: ‘These charges are not justified’

School board President Kerry Davis said the board was aware of the investigation, according to a statement released on Wednesday.

“From what we understand about the surrounding circumstances, these charges are not justified, and we urge everyone to remember that anyone charged with a crime is presumed to be innocent until proven otherwise,” read the board’s statement.

Palotti faces two counts of official misconduct and one count of Failure to Make a Required Report to the state Child Abuse Hotline. Both charges are misdemeanors.

Marcus faces 10 counts of endangering the welfare of a child, also a misdemeanor charge. He’s accused of personally searching at least 10 female students between the ages of 13 and 16.

The DA says the charges stem from allegations over how a parent complaint concerning improper searches of female students was handled. Marcus is accused of “knowingly acting in a manner likely to be injurious to the physical, mental or moral welfare of ten different children under the age of 17.”

Palotti allegedly dismissed the parent’s concerns without looking into the allegations levied against Marcus. Palotti filed a harassment complaint against the parent, which was dropped after Hornell Police Department investigated.

Palotti and Marcus to be arraigned at a later date, says DA

According to the board’s statement, the school district has reported the charges to the superintendent of the BOCES Supervisory District and the NYS Department of Education. Davis declined to comment further as the case is ongoing.

Both men will be arraigned in Steuben County Court at a later date, said DA Baker.

Palotti said he wouldn’t elaborate on the board’s statement, while Marcus could not be reached for comment by The Evening Tribune.

Palotti will continue his duties, while Marcus remains on administrative leave. It’s not clear if the leave is related to the allegations.