Firefighters were called to a four alarm blaze on Gaylord Street in the city of Auburn during the overnight hours.

According to our partners at the Cayuga-Seneca Fire Wire, the fire spread to the neighboring structure, as flames shot out of the roof.

Firefighters and EMS crews were called to the scene.

The call came in during the early morning hours and prompted a heavy response. The home was destroyed. 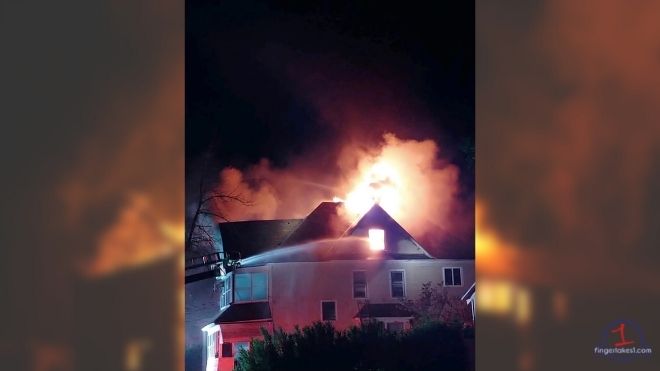 45 mins ago
Dollar Tree has all the pantry essentials– for under $21. Read here to see how to fill your pantry for ... MORE

1 hour ago
Prices and temperatures are both on the rise this summer. Here are five tips for saving money on air conditioning ... MORE