Glenora Wine Cellars, the first winery on Seneca Lake, is up for sale after over 40 years under the same ownership.

Today the region is home to over 100 wineries, but Glenora Wine Cellars holds the special honor of being the first winery built on the shores of Seneca Lake back in 1977 by owner Gene Pierce and partners.

Now the Glenora winery, vineyard, restaurant and hotel are up for sale. Pierce and his partner Scott Welliver listed the 64-acre property on Route 14 for $10.8 million. 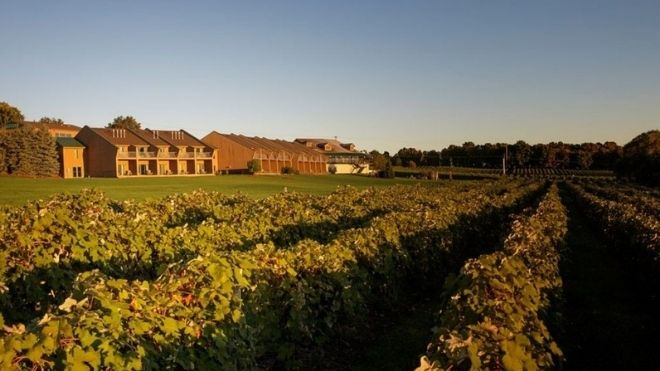 From then until now

Glenora has been a trailblazer in the Finger Lakes wine industry since the passage of the Farm Winery Act of 1976, which allowed grape growers in New York to establish wineries and sell directly to the public. In recent years, the state has passed similar legislation for farm brewers and distilleries, which led to the explosion of the craft beverage industry across New York.

Welliver lives in Florida, but Pierce said he hopes to remain in the Finger Lakes and “stay connected to the industry in some way.”

Related: What is there to do in the Finger Lakes?

End of an era

The listing on landsofamerica.com features the following description of the property:

“A Finger Lakes Gem: The oldest winery on Seneca Lake, widely known for it’s warm hospitality and magnificent lakeside setting has garnered exemplary reviews both in and outside the Finger Lakes Region. In 2021 Glenora Wine Cellars produced 56,000 cases, and hosted 86,000 visitors. The property includes “The Inn at Glenora” which has 30 rooms and “Veraisons” a gourmet restaurant that overlooks Seneca Lake. In addition there is a 1,400 Sq Ft home and a 14 acre property with a year round home overlooking Seneca Lake with 600′ of Seneca Lakefront.”

In December, Pierce and his partners sold Knapp Vineyards in Romulus. In 2019, they sold Chateau LaFayette Reneau in Hector. The sale of Glenora marks the end of an era for Pierce.

Learn more about the 1976 law that launched the Finger Lakes winery industry here:

Related: Best time to visit the wineries of Finger Lakes