Final decision on new name for Waterloo mascot due in June

Waterloo Central School District is inching closer to replacing its ‘Indians’ mascot for sports teams. The school board is set to make a final selection on a new name in June.

A special Mascot Search Committee was formed in December to decide the future of the district’s mascot nickname. The committee offered up Bears, Tigers, Wolves or Wolverines as potential new names for the Waterloo mascot after receiving feedback from residents in April.

Waterloo residents had until Sunday, May 15 cast their vote for their favorite option out of the four proposed new mascots, although the Waterloo school district website suggests another survey will be sent out in late May. 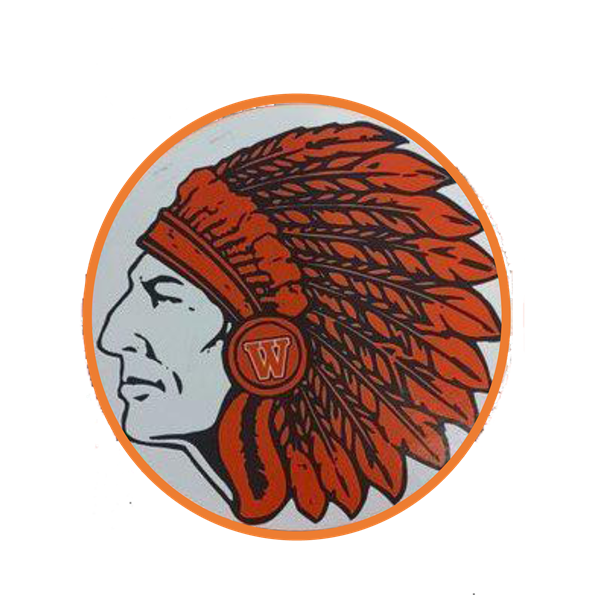 Emblem for Waterloo Indians, the name by which the town’s sports teams have been known for over four decades.

The district’s decision to change replace the Indians mascot faced some backlash, including a Change.org petition created by Waterloo graduate Lauren Case, who is opposed to changing the school’s mascot. As of Tuesday, May 17, the petition has received just over 350 signatures thus far of its 500-signature goal.

“Waterloo’s mascot has been the Indians to show pride in our areas heritage and we use it as a symbol of strength and bravery. Our schools teach local Indian culture to our children and do not use the imagery in a derogatory manner but taking it from local view erases a part of our local culture. We understand on a larger national level there have been sports teams with mascots that have been seen as derogatory, however it is our local belief that this is not the case,” reads the petition description.

According to Finger Lakes Times, even if the petition reaches its goal, it is unlikely to have much bearing on the school board’s final decision.

“The Waterloo Central School District will be adopting a new mascot this year,” reads a statement on the school website. “The district is aware of the great pride the community has in its schools and is taking many steps to ensure that students, staff and the community are involved in the selection process. The mascot is being changed as part of the district’s strategic plan that was developed by a committee formed in December 2020. The committee met from January to May 2021. The Board of Education adopted the strategic plan in the summer of 2021, shared it with staff, families and the community in September 2021.”