The New York State Court of Appeals heard arguments on Tuesday in a lawsuit challenging the constitutionality of new district maps.

New York’s highest court will decide whether congressional redistricting maps drawn by the Democrat-controlled state Legislature will be kept or thrown out. Judges heard arguments in a lawsuit brought forth by Republican voters on Tuesday, April 26. The court’s decision is expected at any time.

Judges asked attorneys for the Democrats what they thought should happen next if the court decides to invalidate the maps. The judges expressed concerns about staying within their authority.

“I’m again having difficulty with your argument that you’re driving the substantive work of drawing district lines into a judicial forum,” Judge Jenny Rivera told a lawyer for the Republican side, according to Ithaca Journal. 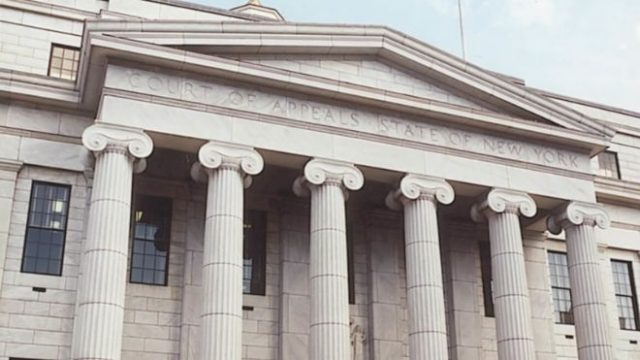 Gerrymandering- which is alleged in the lawsuit- has long been commonplace in the U.S., though New York voters attempted to curb this practice via a 2014 constitutional amendment.

“It seems the people said they believed this would be real reform,” said Judge Michael Garcia. “We would be telling them it wasn’t.”

Courts have intervened in alleged Republican gerrymanders in Pennsylvania, North Carolina and Ohio as well as an alleged Democrat gerrymander in Maryland in this election cycle.

A midlevel appeals court in New York gave the state Legislature an April 30 deadline last week to draw up revised maps. Otherwise, the task of redrawing would fall on a court-appointed expert.