Krispy Kreme is adding a new donut flavor for a limited time only. 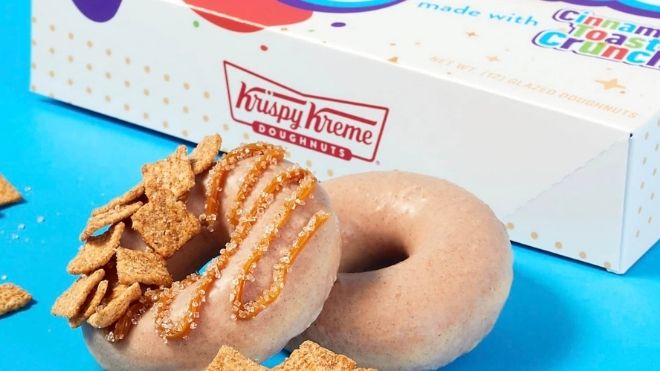 They have collaborated with Cinnamon Toast Crunch to create new flavors.

Where can I get the donuts?

On April 25 Krispy Kreme announced that they will have three new flavors in collaboration with Cinnamon Toast Crunch. It is called the Cinnamon Milk Glaze collection. Read more about it here.

Krispy Kreme has also launched a frozen drink inspired by the new flavor. It is called the Cinnamon Milk Chiller and is topped with Cinnamon Toast Crunch flavored whipped cream.

Prices and availability vary by location, so check out their website to double check.

Shoppers at Walmart and Dollar General overcharged- can you get a refund?