Where can I buy frosted grape Pop-Tarts?

Pop-Tarts have been distributed by Kellogg’s since 1964. 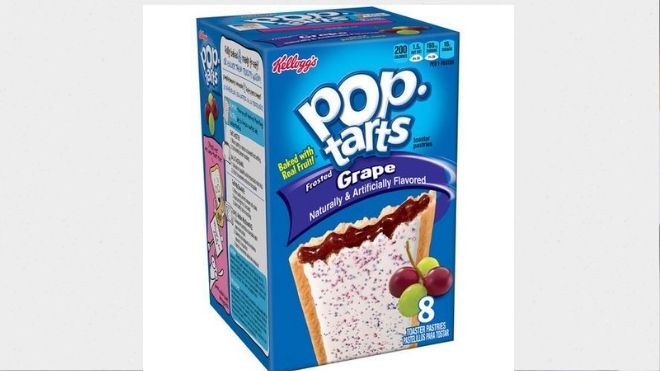 They have announced a new flavor: frosted grape.

Use this trick to get free drinks at Panera until July

Where can I get them?

Pop-Tarts announced on their official twitter page that frosted grape Pop-Tarts will be a permanent addition on April 18. Click here to read more.

They are set to be available at Walmart in April before hitting nationwide retailers in May.

The company is asking customers to celebrate the flavor by wearing purple for a chance to win a year supply of the grape flavored breakfast pastry. Customers will also have a chance to win a “Y2Grape Time Capsule.”

The first 50 participants to post pictures with anything purple and the hashtag #Y2GrapeEntry will have a chance to win. All submissions should be done via Instagram.

How much is a box?

Price per box varies by region, but Walmart has them listed for $2.59 for a box of eight.

Grape Pop-Tarts made their first debut in the 1990s. They are being re-released for their nostalgia.

Popeyes is opening 200 new branches this year- but where?