Child care is expensive. Lawmakers at the state and federal level are trying to figure out the best ways to help parents afford child care, while giving providers the funds they need to keep doing the work. 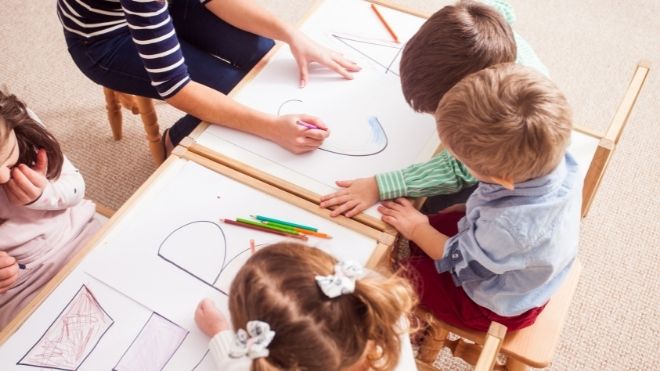 It’s a complex task, but one that the American Rescue Plan set out to achieve.

More than 60% of New York is a child care desert

What happens when American Rescue Plan funding runs out?

Child care providers across the United States are preparing for the time when pandemic-era funding runs out.

That time is coming soon, according to providers, who argue that the thousands of dollars that helped them stay open during the pandemic is still needed.

Billions in grant funding was distributed to child care providers during the pandemic, but now they face an uncertain future.

The problem is part availability. However, in parts of the U.S. there simply isn’t enough space in existing programs.

It creates an impossible situation for providers, who are left with frustrated families.

“It worked, but it only solved half the problem, in my opinion,” one provider told FingerLakes1.com recently. Sarah, who did not want her last name shared in this story, has worked in child care for over two decades.

First as an employee, then running her own child care center.

“These families are in a tough spot,” Sarah continued. “I’ve had employees in the past who have tried to go out and start their own businesses, but almost all have failed. And it’s not a demand issue.”

She says families are struggling to pay the prices providers need to make ends meet.

New York will spend $7 billion, but is that enough?

Experts say the $7 billion set to be spent as part of New York’s $220 billion state budget will help, but may not be enough.

Part of that funding will give a boost to programs across the state, and expand eligibility to give more families access.

The state has also promised some of that $7 billion to help school districts outside of New York City expand.

Families who make up to 300% of the federal poverty level will be eligible for state assistance in getting child care. This means families of four who make up to $83,250 per year are eligible.


What about child care deserts?

New York is taking steps to address it.

Governor Kathy Hochul announced $70 million in grant funding for newly licensed, registered, or permitted programs in areas that do not have enough slots for enrollment.

“Bolstering child care has been a tenet of my administration since day one,” Hochul said. “All parents deserve access to high-quality child care regardless of where they live, and this funding will help address critical child care shortages in underserved areas —supporting parents as they pursue an education, thrive in the workforce, and contribute to New York State’s economic rebirth.”