Overhaul to 5&20 in Geneva set to begin this April

Work will soon begin on Routes 5 & 20 in Geneva as the second phase of the city’s state-funded public works project kicks into gear.

The project contractor Nardozzi Construction will begin the next phase of construction in roughly a week. That work includes reducing the highway from four lanes to two in the downtown area as part of an effort to provide better lakefront access for pedestrians, according to Finger Lakes Times. The project also includes improvements to crosswalks as well as adding a bike path and landscaped medians.

The public works project is funded through the state’s Downtown Revitalization Initiative.

The project also includes construction currently underway on Castle Street, which is expected to be finished by mid-April, said Public Works Director Joe Venuti to City Council at their Wednesday meeting.

Venuti stated that work zone traffic controls are expected to be mobilized on April 18 for the 5 & 20 construction. New traffic patterns will be established and the project will be completed in five stages. 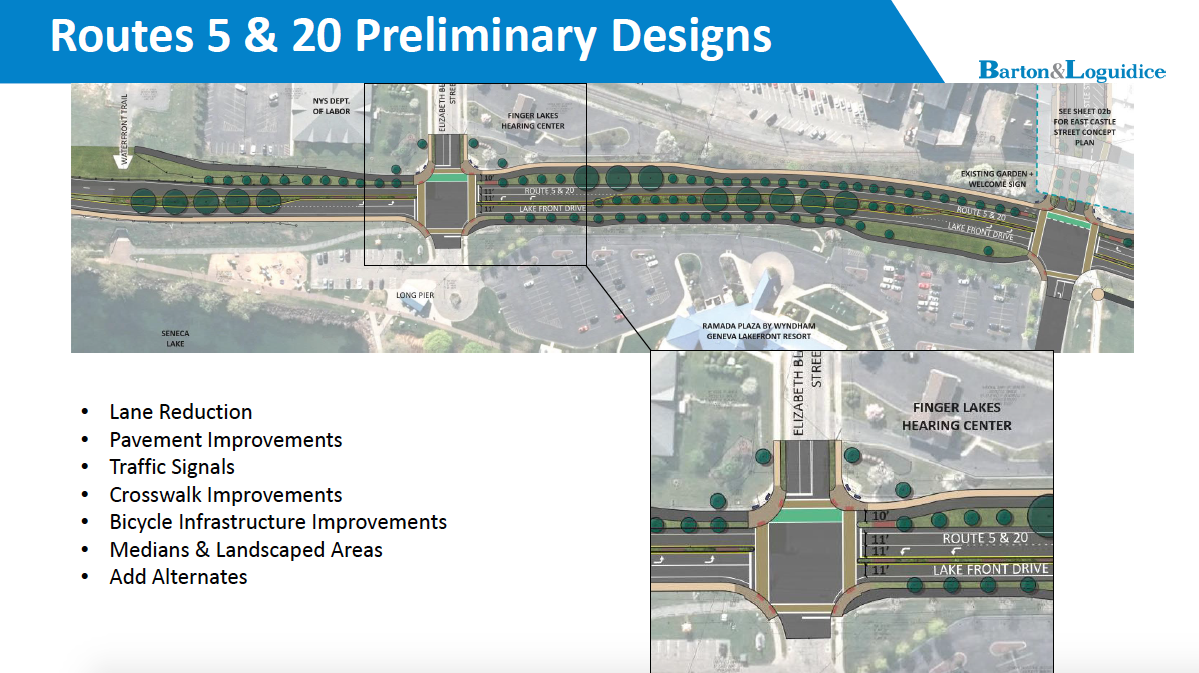