On April 5 around 3:08 p.m. police responded to the CVS in Ithaca on West Clinton Street for a reported attempted robbery.

Upon arrival the suspect had fled the scene. During the initial investigation it was learned that the suspect, described as a white male with a thin build, and red-ish hair approached the pharmacy counter and produced a note.

The note demanded narcotics and threatened use of a firearm against store employees.

The male eventually fled the store in an unknown direction without displaying the weapon. He also did not obtain any drugs.

Officers conducted an extensive canvas of the area but was unable to locate the suspect.

IPD is asking for the public’s help with the investigation. Specifically, assistance identifying the person involved. 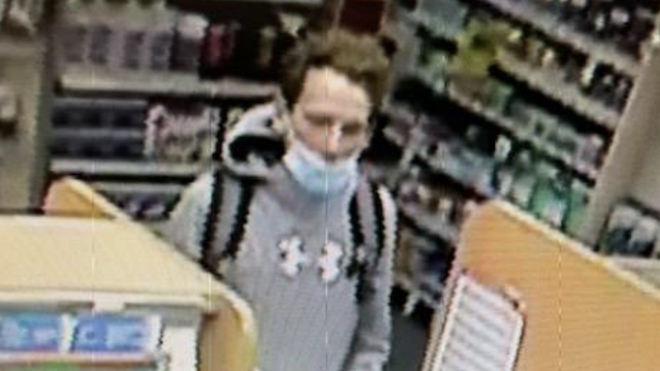