The United Way of Cayuga County surpassed its 2021-22 fundraising campaign goal, revealed the organization on Wednesday.

The results of the campaign were announced at the organization’s 99th annual membership meeting at Springside Inn, according to The Citizen. The campaign, co-chaired by Nucor Steel, raised over $883,000, surpassing its $800,000 goal. That’s quite a fitting achievement to celebrate the organization’s 100th anniversary.

FingerLakes1.com contributed to the campaign this year in late February. 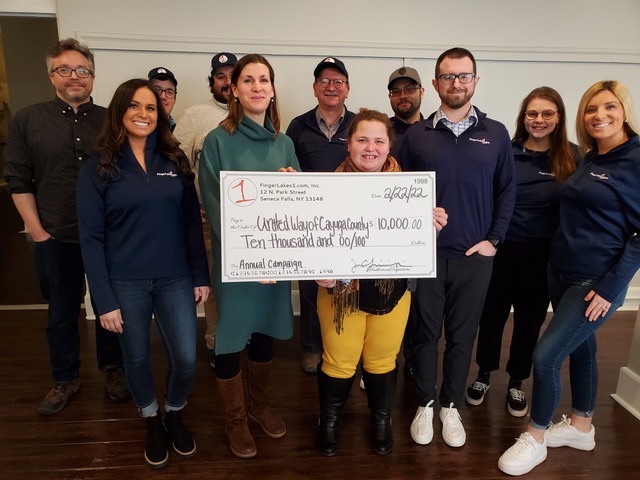 United Way Marketing and Campaign Coordinator Julisa Stone said four celebrations will be held this year to mark the milestone:

“The Celebration” for those who helped with the campaign will be held on May 22 from 2 p.m. to 5 p.m. at Prison City Urban Farm in Auburn.

The second annual “Day of Caring” event will be held on August 4 at various locations.

Art exhibit “Through the Decades: 100 Years of Living United” will debut at The Cayuga Museum of History & Art on October 7 and run through December 30.

The 100th anniversary gala event will be held on October 13 from 5 p.m. to 9 p.m. at Chantelle Marie Lakehouse & Celebration Venue in Auburn.