The data in the preceding table are not seasonally adjusted, which means they reflect seasonal influences (e.g., holiday and summer hires). Therefore, the most valid comparisons with this type of data are year-to-year comparisons of the same month, for example, February 2021 versus February 2022. Labor force data for the current month are preliminary and subject to revision as more information becomes available the following month. Revised estimates for prior months are available at: https://statistics.labor.ny.gov/lslaus.shtm 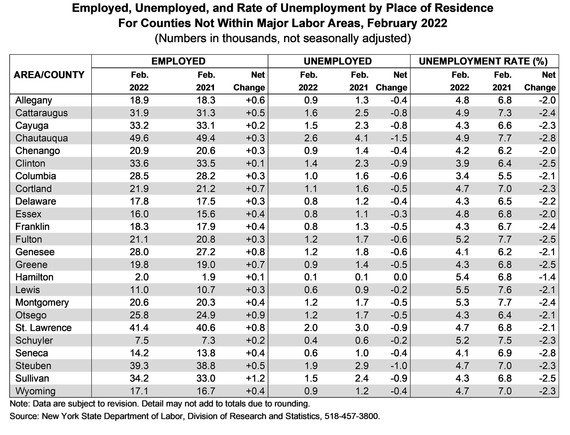