Investigators have provided an update on the commercial fire that happened at Thatcher Chemical on Route 104 in the town of Williamson.

The fire was reported shortly before 7 a.m. on Wednesday, and resulted in a heavy response from first responders around Wayne County.

Heavy black smoke and flames could be seen from Route 104, and it was shut down for several hours.

The sheriff’s office said 11 fire personnel were treated at various hospitals for injury and smoke inhalation.

However, there was no chemical threat to the public. The New York State Department of Environmental Conservation responded to the scene and assisted with the investigation.

At this point, the fire appears accidental, the sheriff’s office added in a press release.

Firefighters were called to the scene of a structure fire at Thatcher Company of New York along State Route 104 in Williamson around 7 a.m. 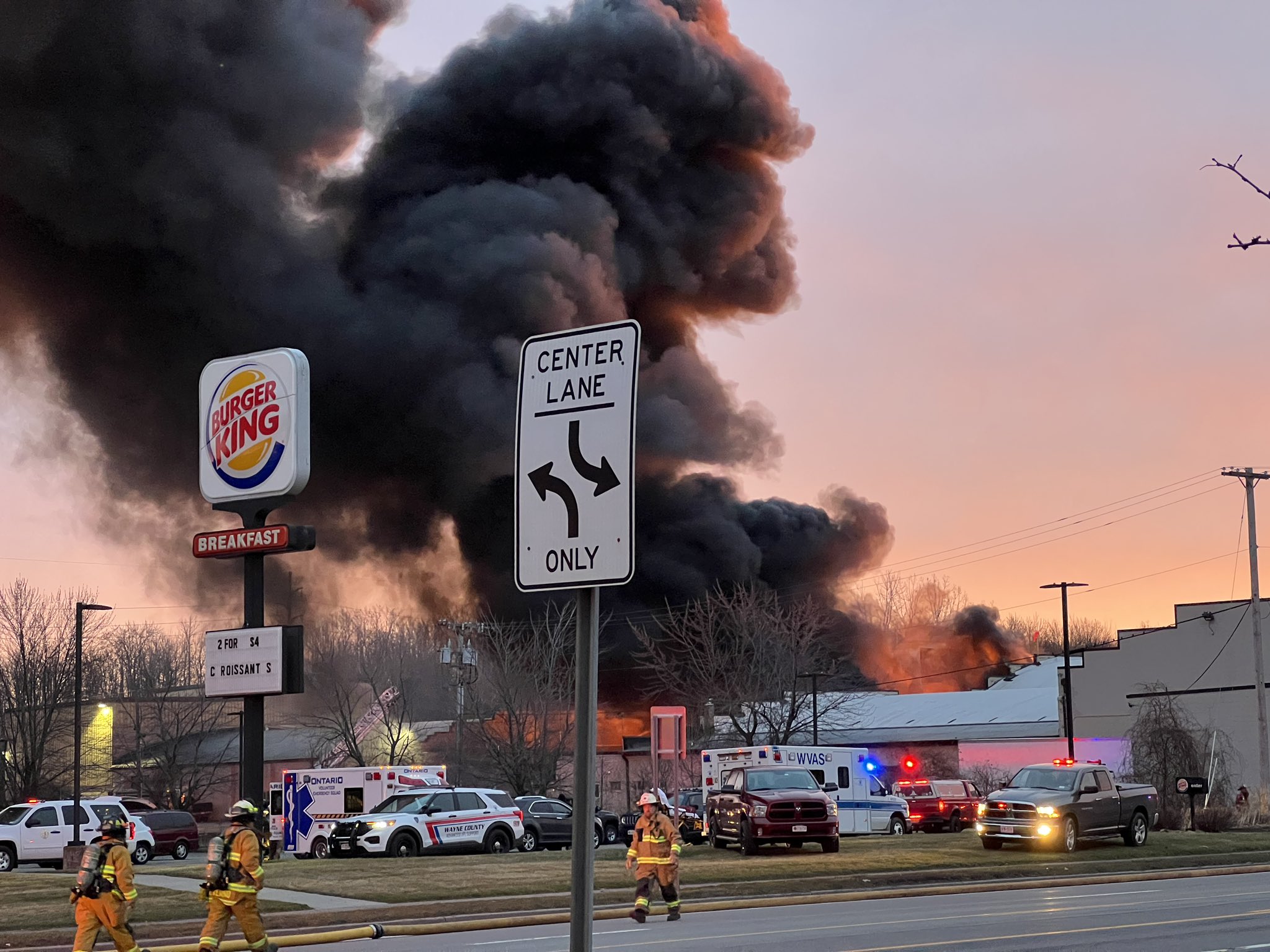 From the scene as first responders shut down Rt. 104. Photo by Josh Durso, FingerLakes1.com.

First responders began arriving around 7 a.m. with Route 104 getting shut down in both directions.

Smoke from the fire could be seen for miles- with photos being shared from Greece, New York.

Williamson Assistant Fire Chief John Manahan said the fire was in a storage area for empty drums and totes- where no chemicals were stored.

He told News10NBC that recent tours by the Williamson Fire Department proved crucial in being able to quickly and effectively respond to the blaze.

At least a dozen departments responded to the scene.

Employees were evacuated before firefighters arrived on scene.

Thatcher Company produces chemicals for an array of industries including food, water treatment, and pharmaceuticals.

The fire remains under investigation.

Check out photos from the scene in Williamson below 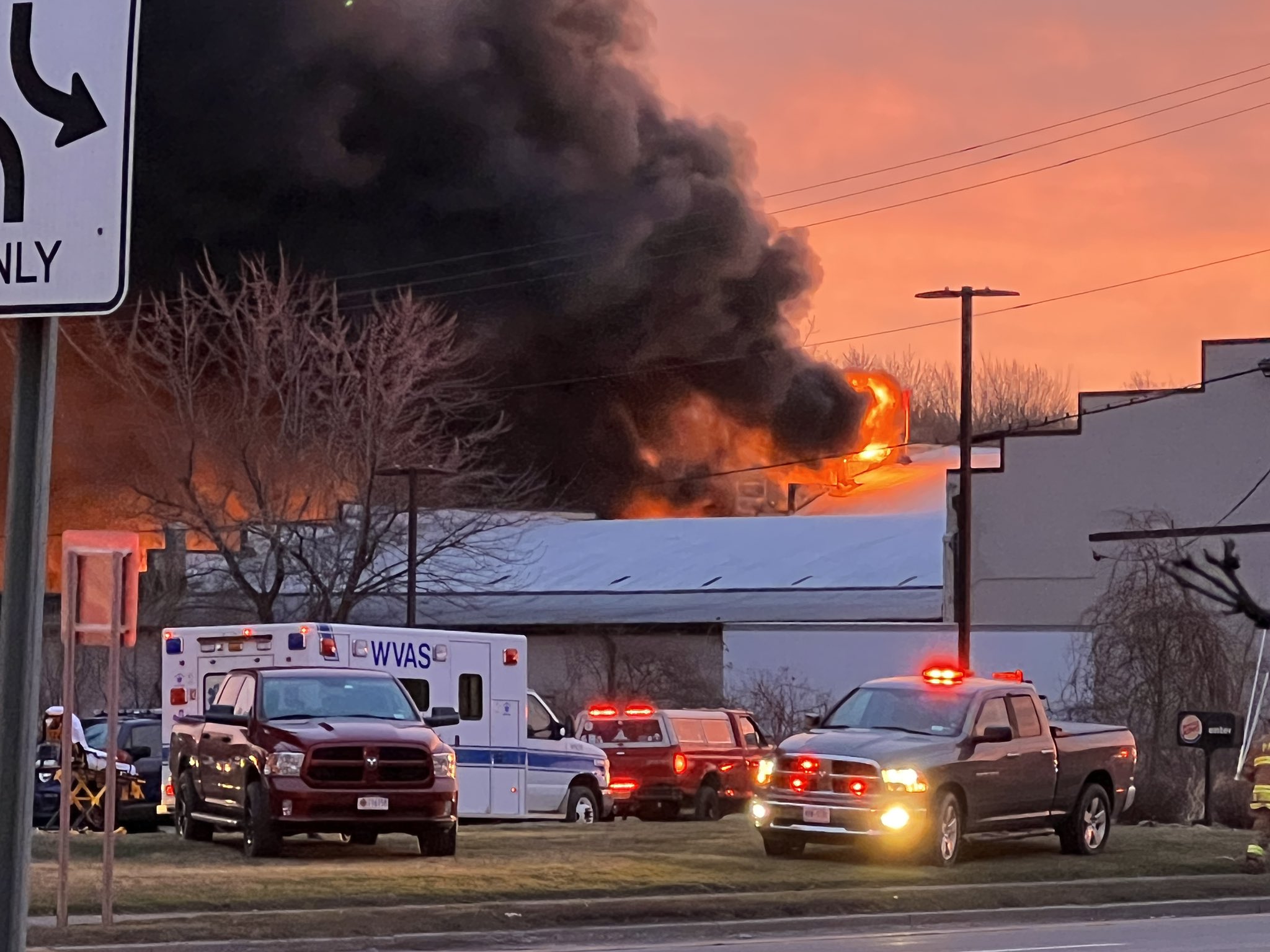 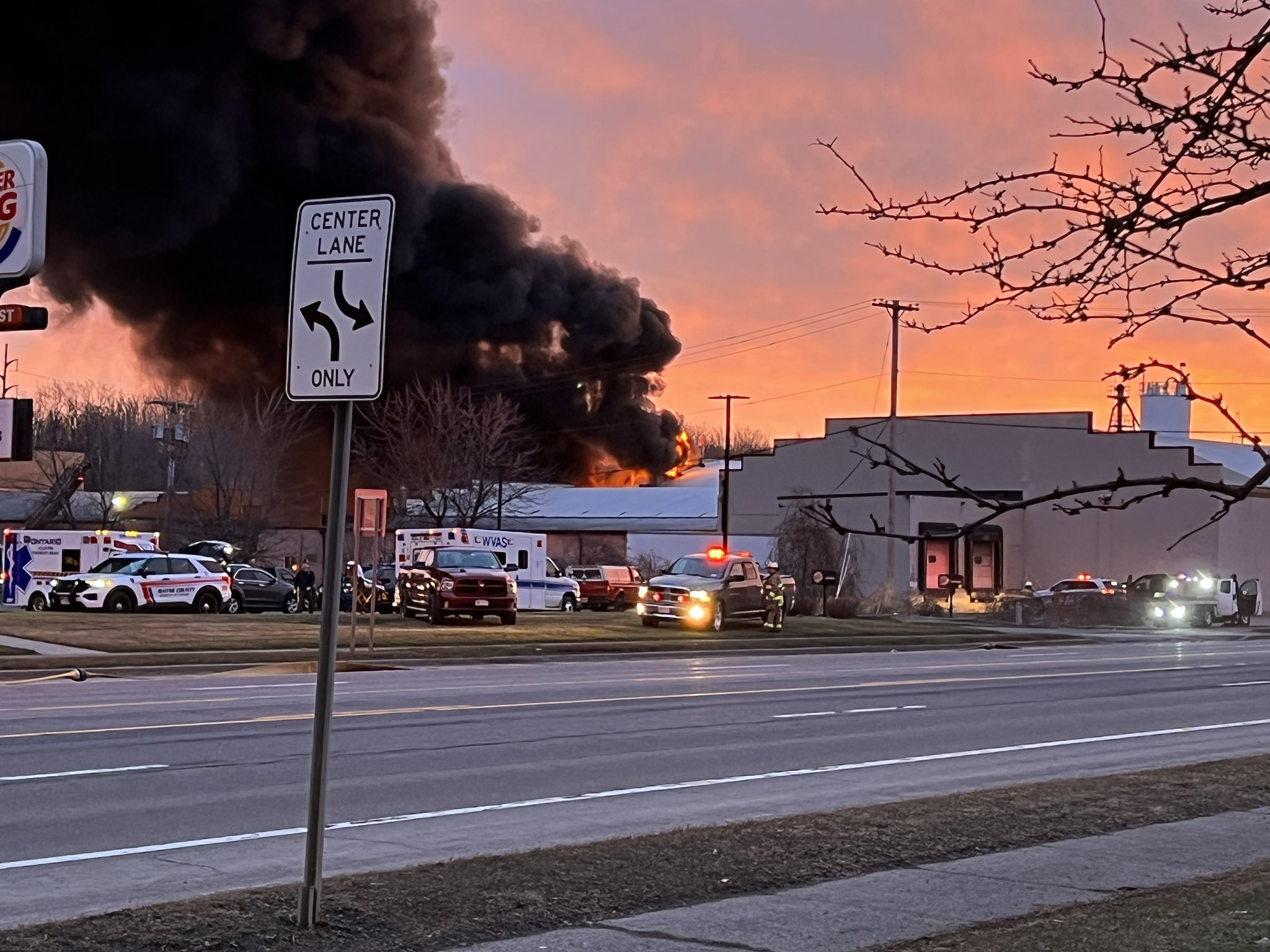 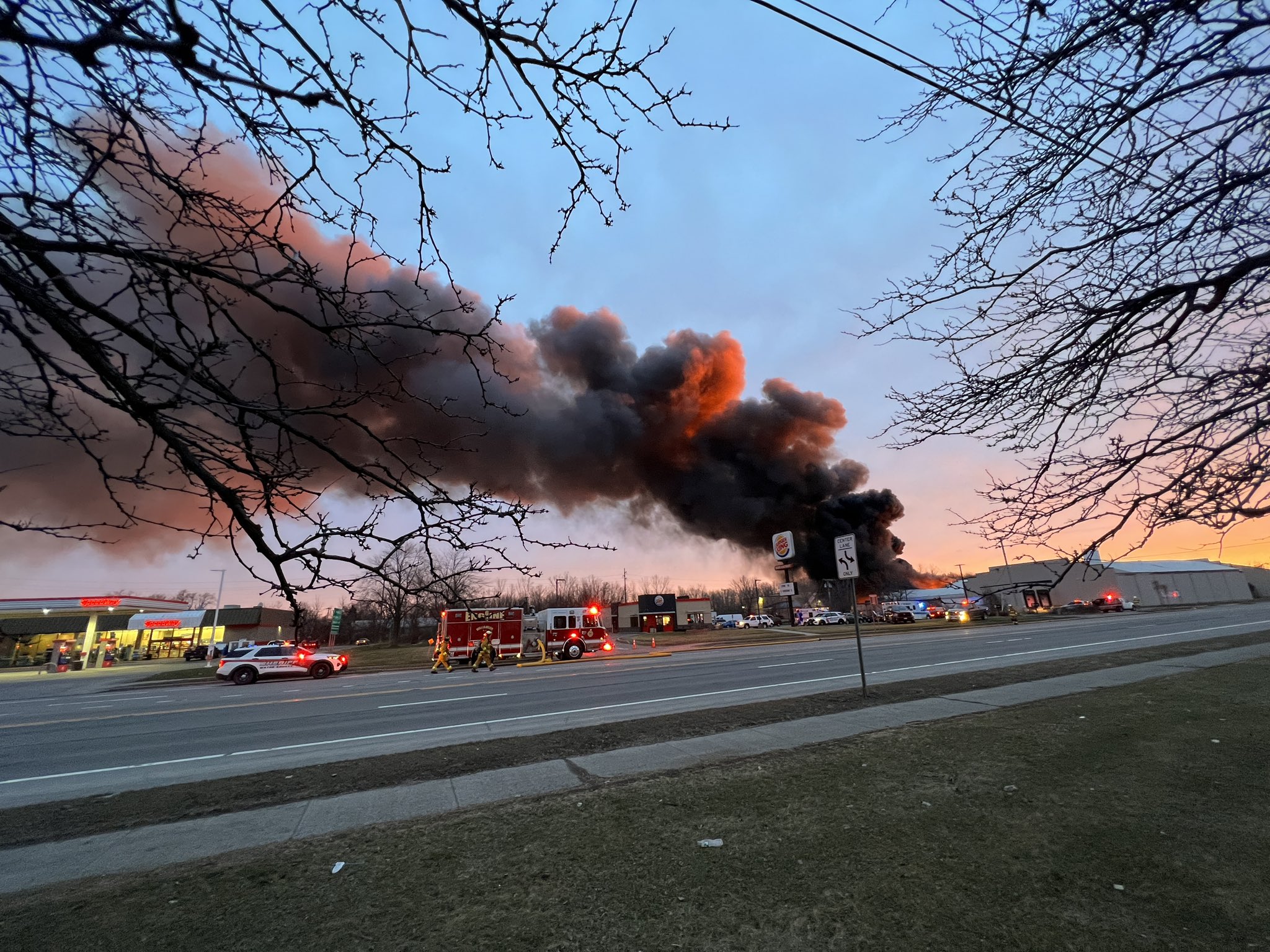