State Police are looking for individuals involved in numerous scams

State Police are looking for individuals involved in a number of scams and larcenies.

According to a news release, investigators are seeking information related to suspects conducting scams and jewelry thefts. The suspects have been identified as part of a Roma organized crime.

The four Western and Central New York Incidents occurred at businesses near an interstate. At this point, troopers have identified the following locations as being targets of the group: 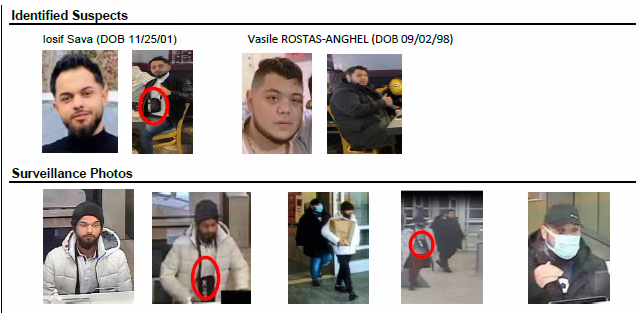 According to troopers, the individuals confused cashiers — stealing upwards of $1,600 in each incident. The group was last seen in a black Chrysler minivan.