UPDATE: The parade went off without a hitch Sunday. Photo gallery below courtesy of Ed Helinski.

It’s the world’s shortest St. Patrick’s Day parade and it’s back this year after a year off due to COVID-19.

The Auburn Hibernians 291 foot parade steps off this afternoon at 1:30 at the corner of Van Anden and State Streets and ends not long after at the painted shamrock in front of the group’s headquarters at 79 Van Anden Street. The Grand Marshall will be 91 year old Anne Greer, the oldest member of the Hibernians. 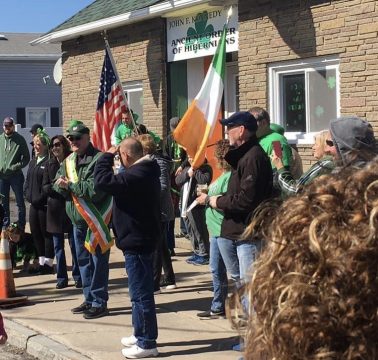 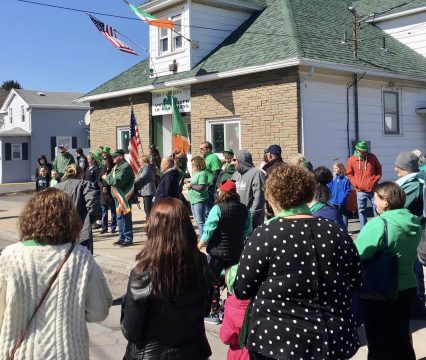