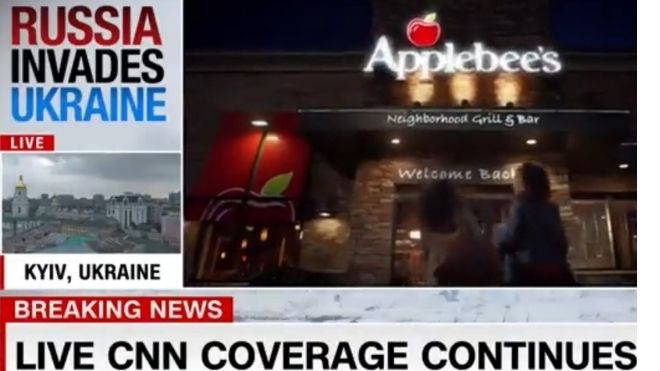 If you haven’t seen Applebee’s latest commercial that might be for the best.

You will not believe the timing of it.

U.S. bars and restaurants boycott Russian vodka- are they choosing the right brands?

While CNN was broadcasting the crisis involving Russia and Ukraine.

This was highly criticized by viewers and the brand is now being accused of being insensitive.

During the broadcast an Applebee’s ad made an appearance during a split-screen of the invasion, blasting Zac Brown Band’s upbeat “Chicken Fried” single played over footage of fried chicken and beer.

Almost 20,000 then went to Twitter to express their disappointment with the add placement.

Here is was some people had to say about this incident.

“I can’t see that applebees ad the same anymore” @BeastHiatus

“@Applebees this might be the worst ad placement I’ve ever seen.” @oscargodson

It’s very clear that this commercial did not go over well.