Among many different kinds of music genres, most people find Electronic music the most positive influence on their mental and emotional well-being. Due to its characteristic repetitive rhythm, they find it peaceful and addicting. Electronic music has a peaceful effect on a person’s psyche, and it sparks joy and pleasure. If you are a listener of electronic music, then you must understand it when we say that it makes people feel motivated.

Electronic music has a wide array of captivating musical styles. People who listen to electronic music can unarguably claim that it’s the best calming therapy after a hectic day. 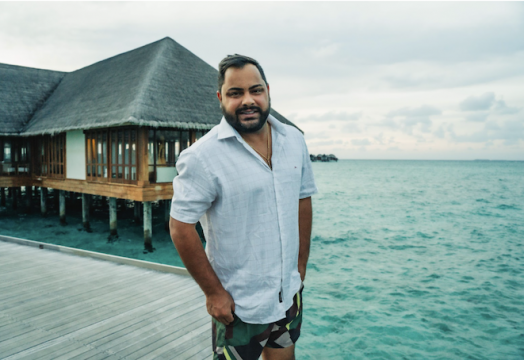 If you are a fan of electronic music or just trying to find out if it works for you, then you should look no further. For people, who have been searching for a high-voltage electronic music album that they can listen to after a busy day of hard work, Joilson Melo’s music is among the best in the electronic music world.

Joilson Melo has been passionate about music since his childhood. He has been trying to improve his vocals lyricism since his high school days. His main goal is to outdo himself and achieve his very best. He does not only try to improve his voice but also his writing and music production.

Joilson Melo is a strong believer in doing all of his work by himself, from writing songs to recording and producing it. Surprisingly, not only does he do everything himself, but he also does all the work from the comfort of his home. He has built his home studio, where he works on improving his skills and recording the song. According to him, working from a home studio gives him peace and the ability to do things just the way he wants without any interference from the third party. He advises other young music artists to make their home studio to produce their songs.

Since high school, he was inspired by electronic music icons such as David Guetta. According to Joilson, he felt the only electronic music was the medium where he could express himself the best. Due to his constant struggle in the genre, he is now famous for merging electronic style music with catching beats and other aspects of rock music.

Joilson Melo released his first album ‘Genesis Mystery‘ from his home studio. He was the composer as well as the singer of the hit album. Due to the hard work he poured into his album, the number of listeners of Genesis Mystery and Joilson Milo’s admirers is increasing day by day.

According to Joilson, the biggest struggle in the music industry is to get recognized. With so many new singers emerging daily, it can get quite challenging to stand out in the world of art. But, if you constantly struggle to make your place with good music and passion for getting recognized, then soon you will find your audience.

Joilson was very scared on the release of his first album “Genesis Mystery.” However, to his delightful surprise, the album received immense love and appreciation from electronic music fans all around the world. The release of his first album played a critical part in making Joilson Melo’s career successful and made him one of the brightest emerging singers of the hip hop genre.

Genesis Mystery was released at the time of the global Covid-19 crisis, even then, the release was successful, and Joilson Melo is doing great. If you are interested in listening to the album, then you can do so as it is available on various streaming platforms, such as Youtube, Spotify, Deezer, etc. Since Joilson Melo is most interested in electronic music, most of his songs have their touch, along with hip-hop and Rock.

The tracks of Genesis Mystery by Joilson Melo has the following titles:

The audiences have become eager for even more of Joilson Melo’s songs as they proceed to love the 13 beautiful melodies on his debut album. Thankfully, they won’t have to wait long since Joilson Melo recently confirmed that his latest album, “The Tropical Summer,” would be available for listening on all channels quite shortly.

Other than Joilson’s debut album, he has also released an EP with 3 published songs and 9 more singles. All of Joilson’s work could be streamed on all the major music streaming platforms like Amazon Music, Spotify, Youtube Music, etc. His single, “Uplifting Dramatic Choir,” has made 1 million in 10 days. Almost all of Joilson’s songs, especially his singles, have a record-breaking view.

Talking about his experience in the field, he shared his wisdom and what he has learned while working in this industry full of people trying to best you. He said, “Willpower, everyone excels in some area, but it is necessary to improve, I see that every day I learn more, and I stand out in the area of music.”

Joilson Melo’s goal is to become a prominent voice in the world of electronic, rock, and hip-hop music. He wants to become successful so that every person who loves electronic music and is passionate about hip-hop knows the songs of Joilson by heart.

Joilson Melo is right on track with achieving his goals as most of his songs are doing pretty well. The audience is loving his lyrics as well as his music. If you are a fan of rock and hip-hop and want to listen and dance to electronic songs all day long, then Joilson Melo’s songs are what you need.

12 hours ago
Home sellers may be hit with a surprise tax bill. Sellers may be taxed on the profits, which may be ... MORE

4 hours ago
While the scorching heat tends to be omnipresent, you might not otherwise think there’s a great deal that connects the ... MORE

4 hours ago
The deadline to apply for monthly guaranteed income in Houston, Texas is tomorrow. The pilot program will give out monthly ... MORE

4 hours ago
Colorado taxpayers have less than a week to claim a payment worth up to $800. The tax rebate will help ... MORE

5 hours ago
Millions of Americans retire and collect Social Security payments each year, but there are ways you can increase those benefits ... MORE

5 hours ago
Divorce tends to complicate finances so it is important to know your rights. There is an inexpensive way to remove ... MORE