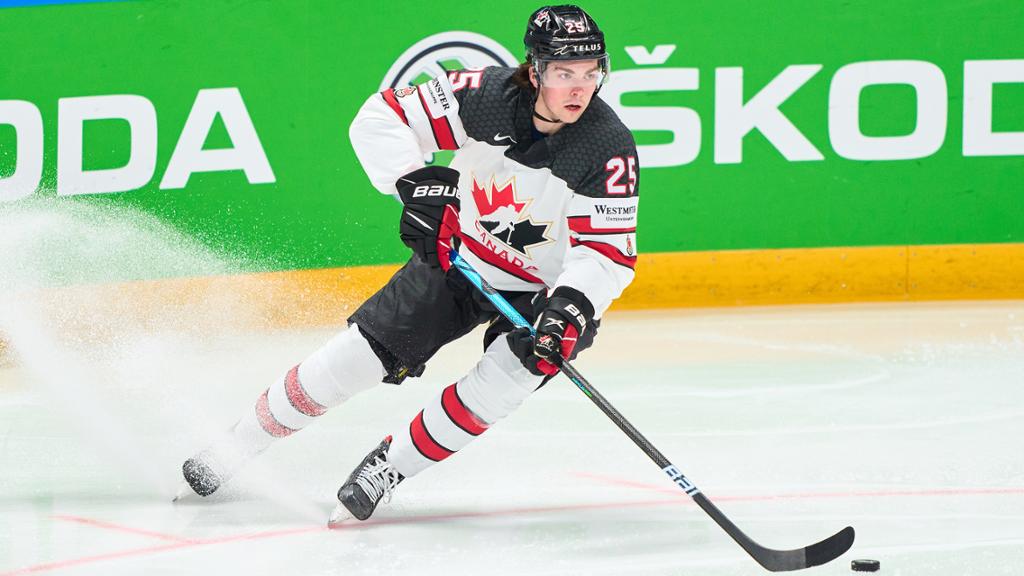 Michigan defenseman Owen Power has been selected to represent Canada in the men’s hockey tournament at next month’s Winter Olympics in Beijing.

Power is the first player to commit to participating in the tournament for Canada after the NHL withdrew its players last month.

Power, 19, was the first-overall pick by the Buffalo Sabres in the 2021 NHL Draft but is eligible to play in the games since he has not yet signed his entry-level contract. The sophomore has three goals and 23 points in 18 games with the Wolverines this season.

The six-foot-six Power has represented Canada on the international stage multiple times in his young career, including at the men’s level at the 2021 men’s world championships. Power had three assists in 10 games at that tournament — to help Canada win gold — then followed that up with five points — including a hat trick — in two games at the 2022 world junior championships before that tournament was cancelled.

The 12-team men’s hockey tournament at the Olympics opens on Feb. 9. The teams have been split into three groups of four, with the three group winners and best second-place team automatically advancing to the quarterfinals after group play. The other eight teams will be paired up and face each other in games to make up the other four quarterfinalists.