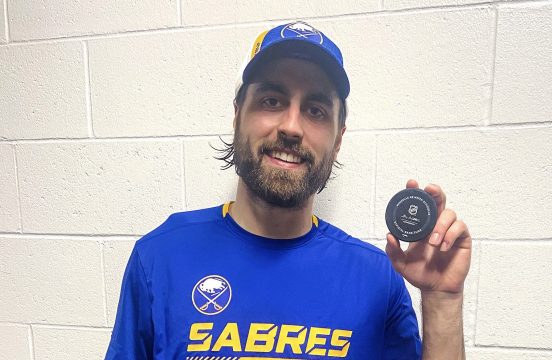 Syracuse native Alex Tuch scored his first goal with the Buffalo Sabres on Saturday afternoon against the Boston Bruins at TD Garden.

The Sabres acquired Tuch from the Vegas Golden Knights on Nov. 4 as part of the Jack Eichel trade.

Tuch made his Sabres debut on Wednesday night in Buffalo against the New Jersey Devils and recorded his first point.