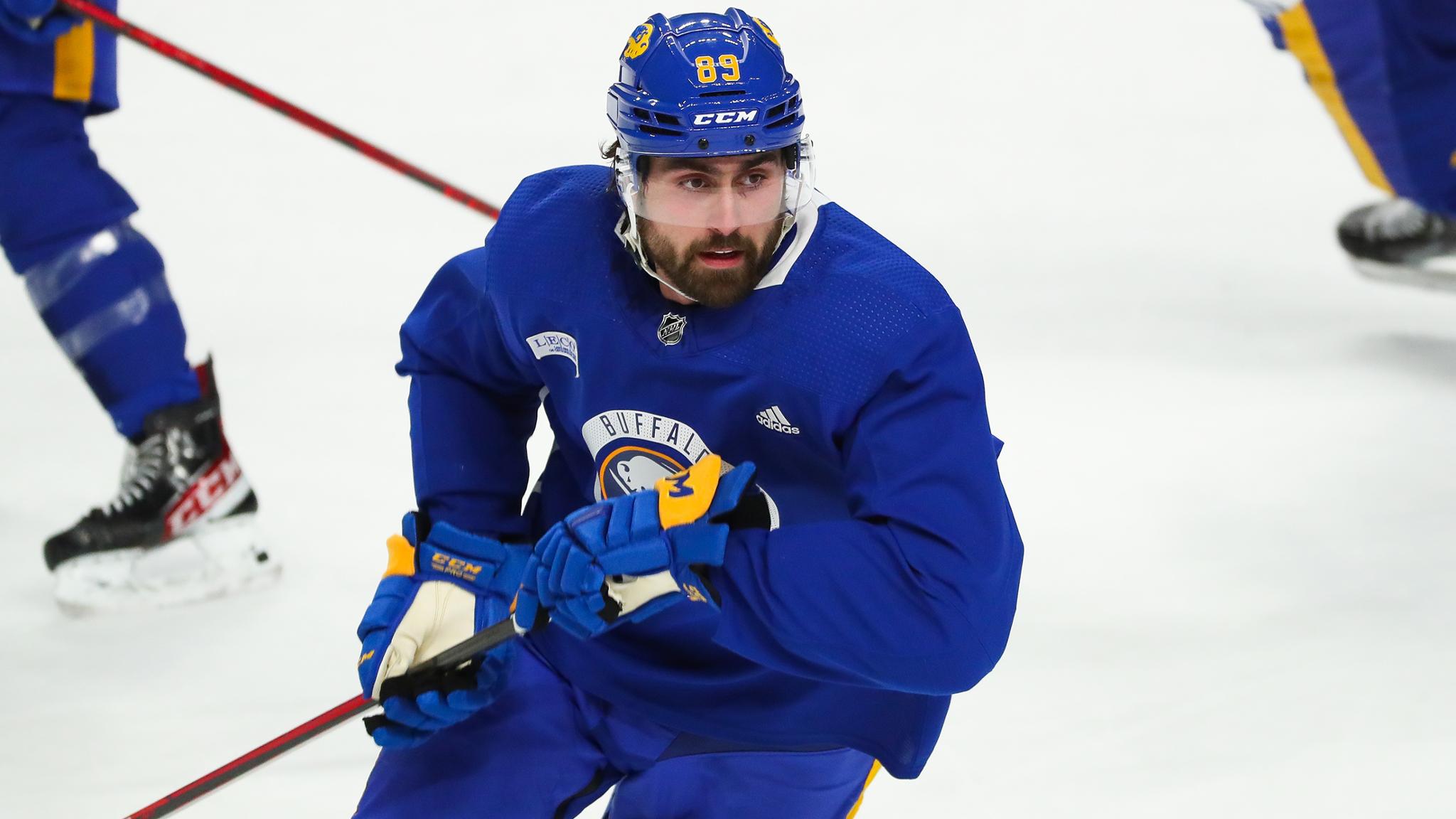 Alex Tuch has been activated off injured reserve and will make his debut for the Buffalo Sabres Wednesday against the New Jersey Devils. Defenseman Ethan Prow has been recalled from the taxi squad and is in line to make his NHL debut.

Tuch, acquired in a trade with Vegas in November, has been recovering from offseason shoulder surgery. He was set to make his debut last Monday against Columbus, but that game was postponed.

Sabres assistant coach Matt Ellis said Wednesday morning that defenseman Colin Miller will miss the game due to an injury, making Prow’s recall necessary. He was reassigned from the Rochester Americans to the taxi squad earlier in the day.

The 29-year-old right-shot d-man has played in 273 professional games over the last seven seasons, including 243 in the AHL.

Buffalo will be without five forwards (Dylan Cozens, Jeff Skinner, Zemgus Girgensons, Vinnie Hinostroza and Mark Jankowski), defenseman Jacob Bryson, and head coach Don Granato Wednesday night because they are currently in the NHL’s COVID-19 protocol. Ellis will take over behind the bench.

Forward JJ Peterka is expected to make his NHL debut as well and Peyton Krebs (acquired in that trade along with Tuch) will also play his first game for the Sabres.