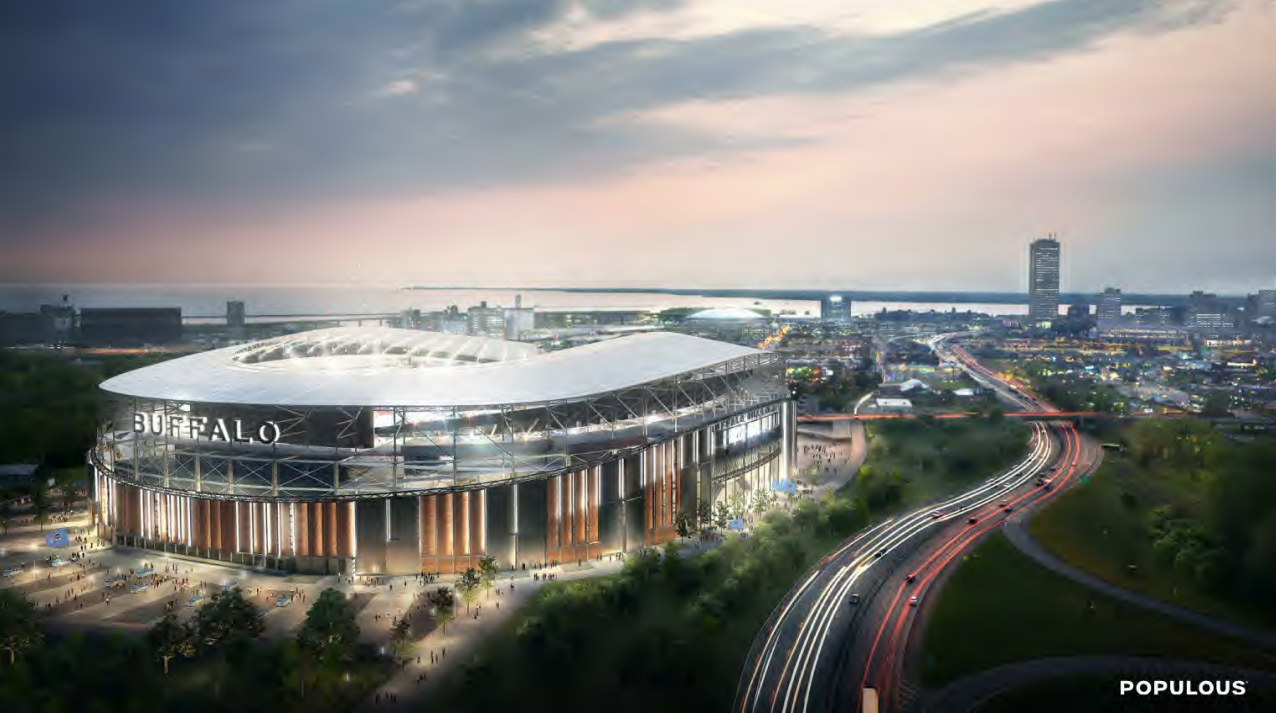 Empire State Development has publicly released renderings for a future stadium for the Buffalo Bills from Pegula Sports and Entertainment.

In documents released Thursday afternoon on Empire State Development’s website, renderings were released for a potential stadium in downtown Buffalo, a new stadium in Orchard Park, and for possible renovations to the current Highmark Stadium.

Three of the four documents shared from Pegula Sports and Entertainment were from 2019 but shared visions for either a new stadium or for renovations to the current station.

The Bills also say renovations at Highmark Stadium could take between 51 and 92 months and cost between over $458 million to over $1.9 billion, however the Bills do not plan on rebuilding Highmark Stadium.

New York State released renderings of what a new Bills stadium could look like. South Park Avenue. Current location in OP. And it appears they even thought about where the current UB football stadium is in Amherst. The study was done by the Bills and released publicly by NYS. pic.twitter.com/BuRAqT8V8c